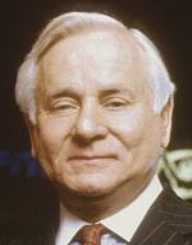 Richard Jay Schaap was born 27th September 1934, in Brooklyn, New York City, New York, in the United States. He was one of two children, with a younger brother named Jeremy.

Schaap studied at Cornell University and while at the university, he was the editor-in-chief for the university’s student newspaper. He graduated in 1955 and was awarded a Grantland Rice Fellowship to the Columbia University Graduate School of Journalism.

Dick Schaap had already started writing in journalism at 14 years of age, authoring a sports column for Freeport Leader, a local weekly newspaper. A year later he began working for The Nassau Daily Review-Star, which was a daily newspaper.

In 1964, he joined Newsweek as an assistant sports editor. In 1973, he joined SPORTS magazine as the editor. He introduced Media Day at the Super Bowl, interviewing everyone from sports stars to movie stars, asking relevant and irrelevant questions. It became an institution of the event.

Schaap worked for NBC during the 1970s as a correspondent for both the Today Show and the nightly news program. In the 1980s, Schaap moved to the ABC. He worked on 20/20, and the ABC World News Tonight.

He then moved to ESPN in 1988 to take on the role of host on The Sports Reporters. He also had his show called, Schaap One on One.

In addition to his television and radio work, Dick Schaap wrote or co-wrote 20 books. His first book, Instant Replay, was co-authored with Jerry Kramer in 1968 and became a best-seller. His other books included his autobiography, Dick Schaap as told to Dick Schaap: 50 years of Headlines, Deadlines, and Punchlines, which was released in 2001.

Dick Schaap was awarded five Emmy Awards, and the Sports Emmy division was named in his honor. His other honors included:

2015:   Posthumously inducted into the National Sportscasters and Sportswriters Association

Dick Schaap married Trish, and he was still with her when he died on 21st December 2001. Cause of death was given as complications after hip replacement surgery.

Schaap’s family sued the hospital and three surgeons for malpractice after his death. The lawsuit against the hospital was dismissed, but one of the physicians was found negligent of causing Schaap’s death. His estate was awarded $1.95 million in damages.