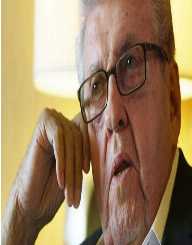 Kemmons Wilson was a great entrepreneur born on January 5th, 1913. He is best remembered as the founder of the chain of hotels known as Holiday Inn. He became independent from a young age. He lost his father when he was only nine months old.  His mother raised him on her own. Hence he became the man in the house. He did odd jobs as a young man to support his mother. He sold ice cream, popcorn, and cigars. The great entrepreneur gradually rose to the heights of his business. In no time he was a proud owner of many movie theatres and hotels. It is amazing how he rose from rags to riches.

Kemmons Wilson was born on January 5th, 1913. His place of birth was in Osceola, Arkansas. He was the son of Kemmons and Ruby Wilson. His father earned a living as an insurance salesman. Unfortunately, he passed on when Wilson was only nine months old. After the death of his father, his mother relocated to Memphis in Tennessee and raised him on her own. He had no siblings for he was an only child of his parents. He attended Central High School. However, he quit his studies due to financial constraints. He then decided to venture into business to support himself and his mother.

Kemmons Wilson started small as a businessman. He opened up an ice cream shop and sold cigars and newspapers as well. He also ran a sandwich stall. He saved most of his profits. In no time it was enough to buy DeSoto Theatre. The theatre was earlier out of business. He later bought the second then third till eleven theatres in various cities. He even built some of the theatres by himself.

1962 marked the beginning of his greatest success in the hotel business. This was when the chain of Motels of Holiday Inn was inaugurated. He never looked back since then and added more hotels in different parts of the world. Within seven years, he had already established a hundred hotels. What stands out in all these hotels are their constant quality services.  His autobiography was released later with the title Half Luck and Half Brains.

Kemmons Wilson was a great entrepreneur. He founded the hotel chains Holiday Inn that has 1400 branches globally. The hotels are among the best hotels in the world especially for the quality services they offer. In 1972, the hotel chain surpassed any other hotels ever when it generated one billion dollars in revenue. In 1982, he gained membership at the U.S. Business Hall of Fame.

Kemmons Wilson tied the knot with Dorothy Lee in the 1940s. They knew each other from their childhood.  Together they had three sons and two daughters. They were: Spence, Robert, Kemmons Jr., Betty, and Carole. Wilson and his wife lived happily together for more than 50 years. Dorothy passes on later.

Kemmons Wilson took his last breath on February 12th, 2003. He was 90 years old at the time of his death. He was laid to rest in a cemetery located in Forest Hill. Kemmons Wilson School of Hospitality and Resort Management was named after him. The institute belongs to the University of Memphis.