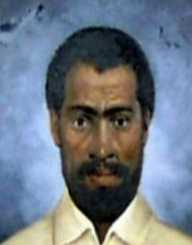 Nat Turner was born in Southampton country Virginia on October 2, 1800. This black American boy became a preacher who thought he was chosen by God to lead slaves from bondage, sustained slave rebellion in 1831 in US history. He led a violent revolution. Nat was also known by Nathaniel, and the same surname was given by his master.

When Nat was a child, his father escaped slavery. He hid for six weeks and at last, he was caught. He was called religious fanatic and Murderer. In 1831 Turner started believing climatic conditions were interpreted that he should prepare for rebellion against whites. He read and preached bible to fellow slaves. Nat started this revolution, not for his benefit and he tried to save his fellow slaves from white masters.

On Feb 12, 1831,Solar eclipse was seen in Virginia Nat saw a black man reaching the sun. By looking this Nat started preparing for a rebellion.

Nat Turner was born to a small plantation owner Benjamin Turner in a remote area of Virginia. His mother Nancy was an African native who taught Turner against slavery in a loving way. As a child, Turner had memories he could explain things happened before he was born. He learned to read and write from his master's sons and interested in reading, writing, and religion. Nat became religious by reading religious books, preaching and reading the Bible.

Nat was 22 years when he ran away from the house and returned a month later by telling that he received spiritual exposure. Turner often conducted Baptist services and taught bible his fellow slaves. In 1831, he heard some divine voices that the time has come to prepare a revolt against slave owners. He planned to start a revolution on July 4th, but he delayed because of illness and also wanted to plan with his co-conspirators. Slowly Nat became aloof from other slaves and familiar with spirits.

On August 13th was another solar eclipse day and sun appeared little bluish green on that day Turner decided that the final signal has come to begin a revolution. He employed a number of slaves to support this mutiny.

Benjamin expired in 1810 his brother, and Samuel became the guardian of Nat Turner. He purchased 360 acres of lands just away from his house. Nat stayed with Samuel until Samuel's death1822. Some source says he married a slave girl called Cherry, but there is no legal proof about this matter.

After Samuel's death, Nat Turner sold all the property to Thomas Moore for 400$. Turner had his first vision in 1825 vision. Turner had next vision on May 12, 1828. He heard a loud noise from heaven telling him to take the burden of the Christ and also warned not to act until further instructions are given.

On August 21st, 1831 Nat Turner and his supporters began a revolt against white slave owners by killing Travis family. Group was increasing day by day; they were using arms, horses, and weapons from those they killed. Day by day more violence started. Most of his recruits were slaves from his neighborhood. The rebellion never differentiated the age or sex, killing men, women, and children.

Nat admitted killing only one person Margarate Whitehead whom he killed with a fence post. Turner had planned to take the seat of Jerusalem and take armoury over there but could not face against a group of white men near Jerusalem. Turner later said he wanted to spread ‘Terror and Alarm' among whites. Some sources say that 55 men, women and children died during this rebellion.

Nat Turner was caught by farmer Benjamin Phillips on October 30, 1831, he surrendered without any conflict and was imprisoned in country jail. Dozens of slaves were arrested, but some were acquitted, and some were convicted and sentenced to death by judges. His declaration was taken by Dr. Thomas Ruffin Gray. Nat kept cool on the day he was hanged. He was very much cooperating during the whole ceremony. He was forcing executioner to perform the duty fast.

Nat was put on trial on November 5, 1831, at Southampton court and got a death sentence.H e was hanged on November 11, 1831. He was not buried, and his skull was preserved and was kept in a museum.

In the history of U.S, Turner was regarded by many as a terrorist and Turner's actions were applied to defeat slavery. In Courtland, a monument stands and the battle flag can be seen flying across the south. Nat Turner sacrificed his life to fight for their freedom.

This holy bible belonged to a cruel slave and seized in 1831 when Nat Turner was captured. He always used to carry a bible with him.