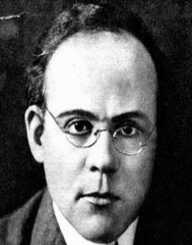 Edgar Lee Masters was born on August 23rd, in 1868. He was a famous American poet. Besides this, he was also a biographer, dramatist, and an attorney. His most remarkable works include Spoon River Analogy. This was a bestseller collection of about 245 free-verse epitaphs. As a biographer, the biographies that he wrote included those of Mark Twain, Abraham Lincoln, Walt Whiteman, and Vachel Lindsay.

Edgar Lee Masters was born on August 23rd, in 1868. His place of birth was in Garnett, Kansas. His father, Hardin Wallace Masters, worked as an attorney. Edgar’s mother was called Emma J. Dexter.

In around 1880, the family migrated to Lewistown, Illinois where Edgar Lee Masters went for his early high school education. It is also during this time when Edgar managed to have his earliest work publish in Chicago Daily News.

Later, in 1889, he joined Knox Academy. He, however, did not manage to complete his studies at the institution since his parents lacked funds to support his education. At some point, Edgar went ahead and teamed up with his father who later gave him the opportunity of being admitted to the bar.

Edgar also partnered with Clarence Darrow for about five years where they vigorously defended the poor. After that, he established his law firm.

As a poet, Edgar Lee Masters' notable works include A Book of Verses, Spoon River Anthology, The Great Valley, Starved Rock, and Domesday Book among others.

Edgar Lee Masters was married twice during his lifetime. First, he wedded Helen M. Jenkins in 1898. The two had three children together.