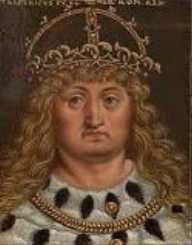 Frederick the Fair was born in Vienna, Austria, on May 1, 1289. His parents named him Frederick the Handsome/the Fair due to his strikingly attractive looks.

King Albert I had entrusted the duchies of Austria and Styria to both his elder and younger son Rudolph III and Frederick in 1298. Frederick was still a minor when his father nominated him for the position of Duke. Unfortunately, Rudolph III died prematurely in 1307. In 1308, the assassination of King Albert I took place. Upon the death of both his older brother and his father, Frederick assumed the charge of the Duke of Austria and Styria. He also turned out to be the head of the House of Habsburg.

However, Frederick did not succeed his father as the King of Germany. Instead, an adversary of King Albert I, Count Henry VII of Luxembourg got elected for the coveted position. Peter Von Aspelt, Archbishop of Mainz, did the entire manipulation.

Frederick had to renounce all his claims over the German crown to get official confirmation of his fiefdom as Duke of Austria by King Henry.


The Controversial Double Election Of 1314

Upon the death of King Henry VII in 1313 the struggle for the royal title raised its ugly head. The choice was between Frederick and Louis IV of Wittelsbach. It so happened that Frederick secured the support of four electors.

As the issue of succession for the German royal title could not be resolved amicably, war broke out between Frederick and Louis. Smarting under a crushing defeat at the 1315 Battle of Morgarten, Frederick held his ground against Louis IV for several years in the fiercely held bloody war.

Frederick's brother Leopold I supplied additional forces to him. With the further reinforcement of troops, his strength increased substantially. However, when he was about to enter the final phase of the prolonged bloody war with a bright prospect of winning the same, his forces suffered a crushing defeat at Mühldorf in Bavaria on September 22, 1322.

Following the defeat, Louis IV captured Frederick along with 1300 nobles from Austria. Louis held Frederick under captivity in the castle of Trausnitz for three years. Frederick's release came after hectic negotiations involving Frederick’s brother Leopold and Pope John XXII. On March 13, 1325, Frederick was set free under the Treaty of Trausnitz.

According to the conditions specified in the treaty, Frederick had to acknowledge Louis as the legitimate King of the Holy Roman Empire. However, as he failed to convince his brother Leopold to follow suit, he voluntarily proceeded to Munich to remain imprisoned as per the condition laid out in the treaty.

Although the Pope freed him from the condition of his release taken under oath by him, Frederick insisted on following the condition strictly. The noble gesture of Frederick impressed Louis. He revived their old friendship and agreed to rule the empire jointly as a co-ruler.

On January 7, 1326, another treaty was signed at Ulm in the presence of the Pope and the prince-electors. By this agreement, it was decided that Frederick will be responsible for the governance of Germany and assume the title of King of the Romans, whereas the People of Rome would crown Louis.

Frederick married Isabella of Aragon on May 11, 1315. Isabella was the daughter of King James II of Aragon and Blanche of Anjou. Frederick and Isabella together had one son and two daughters.

He died on January 13, 1330. His two younger brothers, Albert II, and Otto succeeded him as the Duke of Austria and Styria. Frederick quit as the Roman King after the death of his brother Leopold in 1326. In 1438, Albert V of Austria, great-grandson of Albert II ascended to the throne of Germany, more than 100 years after Frederick ruled Germany as the first king from the House of Habsburgs.