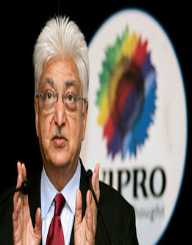 Azim Premji is an Indian investor, business tycoon, and philanthropist. He is also the chairman of Wipro Limited and an advocate for fair education.

Azim Hashim Premji was born in Mumbai, India on July 24t, 1945. He was born into a wealthy family, as his father was a successful businessman who owned his own company. Little is known about his mother, and according to records, he doesn’t have any siblings.

Azim Premji started his schooling by attending St Xavier’s Mumbai and continued with going to St Mary’s Mumbai. He went to college in the United States, enrolling at Stanford University. Here, he eventually graduated with a Bachelor of Science in Electrical Engineering.

In 1966, after news of his father’s death, 21-year old Premji returned home from schooling in the United States to take charge of his father’s abandoned business.  When he left, he left his degree unfinished. The company, known as Western India Vegetable Products at the time of his take over, was a leader in hydrogenated oil products. Azim Premji would later make changes to the company, allowing it to create a variety of products.

In the early 1980’s, Azim Premji recognized the importance of the emerging IT (Information Technology) field. Azim Premji seized the opportunity to improve the company by changing the company name to Wipro and entering the technology field by beginning to manufacture minicomputers with the help of the American company Sentinel Computer Corporation.

After this, he continued to expand the business and began to manufacture a wide range of products such as baby care products, hair care products, lighting products, and hydraulic cylinders.

In 2001, Premji founded the Azim Premji Foundation. The purpose of the foundation is to bring quality education to society. It currently functions across regions of India and has had a profound effect on rural areas of the country to improve the quality of education within rural schools.

When he was 50 years old, Premji returned to Stanford to complete the degree that he had started in his early 20’s. Azim Premji completed the degree through distance learning classes. According to Premji, he was tired of thinking of himself as a college drop-out and sought out to fix the problem by completing the degree.

After completing the last semester of the degree, he was credited with a Bachelor degree after over two decades of being away from his studies.

Azim Premji has some awards and honors under his belt. Business Week has recognized him as being one of the Greatest Entrepreneurs for being responsible for Wipro and the rate at which it has been growing and gaining momentum.

In 2000, he was given an honorary doctorate by the Manipal Academy of Higher Education. In 2005, the government of India gave him the title of Padma Bhushan for his hard work in trade and commerce. In 2006, he was awarded Lakshya Business Visionary by the National Institute of Industrial Engineering, Mumbai. On March 9, 2010, he was named one of the wealthiest people in India, with a net worth of $17 billion.

Azim Premji was also awarded a Doctor of Literature, which is an honorary degree, from Wesleyan University in Middletown, Connecticut. This was awarded due to his outstanding philanthropic work and was given to him in 2009. In 2011, he was awarded the Padma Vibhushan, which is the second highest civilian award that the Indian government can give.

Finally, in 2011 he pledged a total of $2 billion to improve education in India. His generosity made him the first millionaire in India to make such a contribution.

Azim Premji is married to Yasmeen Premji, and the couple has two children together: Rishad and Tariq.  Premji is known to be a modest man despite his success and wealth. He drives a Toyota Corolla and prefers to fly economy class instead of first class, and prefers to stay in guest houses versus luxury hotels. In his spare time, Premji spends time hiking and exploring, as well as vacationing in various spots within India.

Azim Premji is also fond of art and artists and is known to be a tough critic. Occasionally, he reads management books and novels, as well.