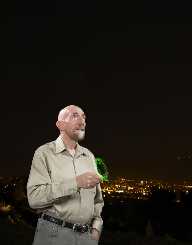 Kip  Thorne was born 1st June 1940, to D. Wynne and Alison Thorne. He was born in Utah, United States, and was one of five children. Kip Thorne’s parents were both professors at Utah State University. Due to being raised in an academic environment, two of Thorne’s siblings also became professors in their fields of study.

Kip  Thorne studied at Caltech Institute of Technology and graduated in 1962 with his Bachelor of Science. He then did his Ph. D at Princeton University, graduating in 1965.

Kip  Thorne resigned his professorship in 2009 to concentrate on a career of writing and movie making. He remains, though, Feynman Professor of Theoretical Physics, Emeritus.

co-founded the LIGO Project in 1984, funded by the National Science Foundation. Its aim was to measure any fluctuations that occurred between two or more static points, which would then be evidence of gravitational waves. A major part of Kip  Thorne's research was to develop the mathematics required so the data could be analyzed.

An announcement was made in early 2016 that in September 2015, LIGO recorded two black holes colliding, 1.3 billion light-years away from earth. This was the first detection of gravitational waves and proved part of Einstein’s prediction on general theory of relativity.

Kip  Thorne has put forward theories and made predictions on different elements of cosmology. One prediction is the existence of red supergiant stars. He has studied black holes and wormholes and has proven that time travel (backward in time) is not possible.

Kip  Thorne has had more than 150 articles published in peer-driven journals. He has also written and edited books on gravitational theory, and astrophysics. He co-authored the textbook, Gravitation in 1973, in conjunction with Charles Misner, and John Wheeler. It has been hailed as one of the best scientific books of all time. He published a book in 1994 for the layman, called Black Holes and Time Warps: Einstein’s Outrageous Legacy. Thorne received multiple awards for the book.

As would be expected, Kip  Thorne has been elected to many societies and has received many awards and honors from all over the world for his contributions to science and physics.

Some of his awards include:

Kip  Thorne has also served on the Space Science Board (National Academy of Sciences) which advises NASA and Congress on space science policy.

In 1960, Kip  Thore married Linda Peterson. They had two children, a son, and a daughter. The couple divorced in 1977.

Kip  Thorne married Carolee Winstein in 1984. Winstein is a Professor of Biokinesiology and Physical Therapy at the University of South Carolina.

Kip  Thorne has had around 50 physicists awarded their Ph. D’s under his mentorship. He has been a leading thesis advisor. This is a legacy in itself.

Kip  Thorne has a talent for not only being able to explain the significance of discoveries in astrophysics and gravitation to peers but to the layman as well.  This is a gift not many scientists have.