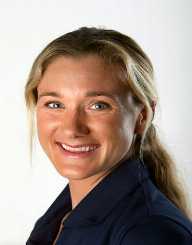 Kerri Walsh-Jennings was born on August 15th, in 1978. She is a well-known American beach volleyball player. On the sport, she has emerged as a three-time Olympic gold medalist. Similarly, she has won a bronze medal once. Walsh-Jennings first won a gold medal during the 2004 Summer Olympics. Two other gold medals followed suit in 2008 and 2012.

Kerri Walsh-Jennings was born on August 15th, in 1978. Her birthplace was in Santa Clara, California. She is the daughter of Timothy Joseph and Margery Lee. She was raised in Scotts Valley.

Owing to her expertise on the court, Walsh was credited as the Gatorade National High School player of the year. She received the recognition in 1996.

After completing her high school education, Kerri Walsh-Jennings joined Stanford University. She joined the institution following a volleyball scholarship that she was given. She immediately earned herself the first-team position in college.

While playing for Stanford, Walsh only lost 10% of the competitions she participated in. She left behind a record of 122-11. In 1996, she was chosen as the Most Valuable Player.

In her entire professional career as a beach volleyball player, Kerri Walsh-Jennings has played alongside Misty May-Treanor. She competes on the FIVB World Tour as well as on the United States AVP Tour. In 2001, Walsh and May formed a partnership that landed them as the fifth best in the world. The following year, the two were ranked as number one. Their dominance on the game was again evident in 2003.

A few years later, in 2008, the duo lost to Nicole Branagh and Elaine Youngs. Prior suffering a loss they had gone 112 matches without losing. In 2012, May-Treanor retired, and as a result, Walsh partnered with April Ross.

Kerri Walsh-Jennings has featured in five Olympic competitions. She made her first appearance in Sydney 2000. Four years later, she appeared in the Athens Summer Olympics. Afterward, she appeared in Beijing 2008, London 2012 and Rio de Janeiro 2016.

Kerri Walsh-Jennings got married in 2005. She tied the knot to Case Jennings, a pro beach volleyball player. The two have three children together.