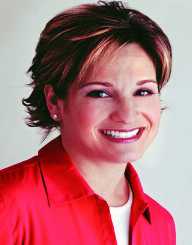 The Little Volcano on the Floor: Mary Lou Retton

The first American female gymnast to win an Olympic Gold Medal, Mary Lou Retton was born on January 24, 1968, in Fairmont, West Virginia, United States of America. She hailed from Italian ancestry, and her original family surname was ‘Rotunda.’ Her father Ronnie was involved in the business of coal-industry transportation equipment. Her mother’s name was Lois Retton. Youngest of the five children of the Retton household, Mary Lou was in the company of her other four siblings bubbling with energy and all of them together participated in various sporting activities.

Mary Lou Retton studied at the Fairmont Senior High School but did not complete her studies. A sports and gymnastics enthusiast since her childhood, Mary Lou along with her sister Shari was taken to the West Virginia University by their mother Lois for practicing gymnastics once in a week. She was hugely inspired by the exploits of Russian gymnast Olga Korbut, who happened to win the gold medal in gymnastics in the 1972 Munich Olympics.

Her deep love and passion for gymnastics got another mega boost when she watched the performance of legendary Romanian gymnast Nadia Com?neci, who outclassed defending Olympic gymnastics two event gold medalist Olga Korbut in the 1976 summer Olympics held in Montreal, Canada. Mary Lou Retton began pursuing gymnastics seriously after watching the spectacular display of gymnastics by these two gymnasts and others on the Olympics. She started gymnastics training in Fairmont under the watchful eyes of her coach Gary Rafaloski. Soon after, she moved to Houston, Texas to get her training from Nadia Com?neci's former coaches Romanians Béla and Márta Károlyi.

Mary Lou Retton's stint with the Romanian coach duo of Béla and Márta Károlyi, who had immigrated to the United States, soon started showing results. Under their guidance, she won the 1983 American Cup and came second at the U.S. Nationals behind Dianne Durham, another protège of Karolyis. She could not take part in the 1983 World Championship due to a wrist injury. However, she competed in the 1983 and 1984 American Classic and won the competitions consecutively. She also won Japan's Chunichi Cup in 1983. In 1984, she won both the American Cup and the U.S. Nationals and was included in the American gymnastics trial for the summer Olympics of 1984. The 1984 summer Olympics was to be held in Los Angeles for the first time in America after 52 years. Unfortunately, Mary Lou suffered a fatal knee injury during a routine floor event. She had to be operated just five weeks before the commencement of the all-important event. She, however, recovered just in time to be able to participate in the Olympics.

The 1984 summer Olympics was boycotted by the countries owing allegiance to the Soviet Union. However, Romania participated in the event. Mary Lou was engaged in a fierce battle with Romanian gymnast Ecaterina Szabo for the all-around gymnastics gold medal. She trailed Szabo by 0.15 points after the events of uneven bar and balance beam. Mary Lou Retton again came on top by scoring a perfect 10 in the remaining two events of floor exercise and vault amid fear of aggravating her knee injury. She won the all-around gold medal beating Szabo by 0.05 points. She became the first American to win an Olympic gymnastics all-around gold medal and also the first female gymnast outside the Eastern European countries to win such an award.

With the all-around gold medal and recognition of being the most elegant female gymnast of the world in her kitty, Mary Lou went on to win four more medals at the 1984 summer Olympics. She won two silver medals in the horse vault and the team competition and won another two bronze medals in the floor exercise and uneven bars. She retired in 1986 after winning the 1985 American Cup all-around competition for a third consecutive time.

Post her retirement, Mary Lou Retton engaged herself in different campaigns in support of President Ronald Reagan, who was seeking a second Presidential term at that time. She was a vocal and ardent supporter of the Ronald Reagan administration and appeared in many television advertisements supporting the candidature of the President.

Mary Lou Retton was cast in two movies later as herself. In both the movies, she had very short roles. The names of the movies were ‘Scrooged’ and ‘Naked Gun 33?: The Final Insult’. In the 1990s, U.S. drugstore chain Revco appointed her as their spokesperson and she appeared on various advertisements on their behalf. She was also associated with many commercial endorsements including her picture appearing on the front of a Wheaties cereal box.

Mary Lou appeared in many television programs. In 1985, she used to host a television program on physical fitness called ABC Funfit. The program was a series of five-minute segments intermittently broadcast between Saturday morning cartoons. She was cast in the 1993 Baywatch episode of ‘The Child Inside.’ In 2002, she started her television program Mary Lou's Flip Flop Shop.

After having won gold, two silver and two bronze medals in the 1984 summer Olympics, Mary Lou Retton was named as ‘Sportswoman of the Year’ by the Sports Illustrated magazine. She was also named as the ‘Associated Press Female Athlete of the Year’ in the same year.

She was inducted into the International Gymnastics Hall of Fame in the year 1997.

Before Mary Lou’s appearance in gymnastics, the sport was dominated by female gymnasts with petite frames with their fluttering, balletic movements. Her compact, muscular frame changed the concept of gymnastics dramatically and brought speed, accuracy, and power into the field.