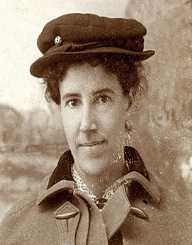 She has tried everything possible to give the women what she thinks they deserve most. Charlotte Perkins Gilman won several awards for most of her works which include poems, essays, and critics. Today, most of her works are studied in schools. Her works are best-sellers and of international success. She was lauded for her perseverance as well as her never die spirit. She later had cancer towards the end of life and died.

Charlotte Perkins Gilman was born on the 3rd of July, 1860 to Mary and Frederic Beecher of Hartford Connecticut. She had a brother who is a year older than her. She had a difficult and very tough childhood as her father abandoned her mother. She struggled to live with her mother who was penniless. She got to teach herself to read at the age of five years old. Later on, she went to Rhode Island where spent the rest of life.

Charlotte Perkins Gilman studied till 15 years old due to her mother’s poverty. She joined the Rhodes Island School of Design in 1878 where he managed her finances working as an artist of trade cards. She later became a tutor encouraging people to become very creative and very understanding.

Feminism seemed to be her calling as she was a member of some feminist groups while she was alive. She was a member of Pacific Coast Woman’s Association, Economic Club among others. Charlotte Perkins Gilman established herself as a very professional novelist after publishing her first book Art Gems for the Home and Fireside in 1888. He got motivated to write about fifteen essays in 1890 and ended up writing a parable, poems and short story alongside with the essays. She wrote a semi-autobiography, The Yellow Wallpaper, about herself and it became one of the best-sellers. Charlotte Perkins Gilman later gained the attention of the world with her anthology IN this World in 1893. He later started chipping out lectures on nationalism to get money. She later served as an editor of the magazine, The Impress between 1894 and 1895. He later moved to California where she organized a lot of social reform movements. She fought for the suffrage convention in Washington DC that same year.

By 1903, Charlotte Perkins Gilman documented her thought on sexual relationships and economic capacities for women. He later went on to publish The Women and Economics in 1899. After this, she wrote one of her best works, The Home: Its Work and Influence. Three years later, he wrote and managed her first magazine, The Forerunner before publishing her a well-known work on Human Work. Between 1906 and 1910, she went on publishing some short stories including Three Thanksgivings and The Cottagette. He later published her works, Diantha Did and The Cruz in her magazine between 1910 and 1911. By 1925, she started her autobiography, The Living of Charlotte Perkins Gilman but this work was published posthumously. She was also the author of Our Changing Morality.

Her major work is the Yellow Wallpaper which is a 6, 000-word short story. It was a semi-biographical work about herself. The work is regarded as one of her masterpieces. She later published the work in 1982 by the New England Magazine. She also initiated her magazine, The Forerunner in 1906 and it became one of her greatest accomplishments.

Charlotte Perkins Gilman got inducted posthumously in 1994 into the National Women’s Hall of Fame.

Charlotte Perkins Gilman got married to Charles Walter who was an artist in 1884. She had a daughter with him and suffered life-threatening postpartum depression. She later divorced her husband in 1894 moving with her daughter to California. Later, she sent her daughter to live with her father before getting romantic with her first cousin. She later married him in 1900 and described her marriage with him a pleasurable one. The marriage subsists till 1934 when Houghton, her husband, died. Before then, she had been diagnosed with terminal breast cancer; she then decided to commit suicide in 1935 to escape the death of Cancer.