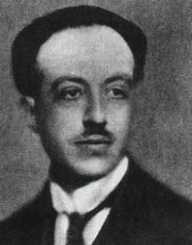 Louis de Broglie was a quantum theory physicist and the winner of 1929 Nobel Prize for Physics.

Prince Louis-Victor-Pierre-Raymond de Broglie was born on 15th of August 1892 to parents Victor, 5th Duc de Broglie and Pauline d'Armaillé. He was born in Dieppe, Seine-Maritime.

The House of Broglie is a noble French family, with his father’s death in 1906, his older brother Maurice became the 6th Duc de Broglie. Louis had three younger siblings.

Louis de Broglie became the 7th Duc de Broglie in 1960 after his older brother Maurice died without an heir.

Louis de Broglie earned his license ès Lettres (degree) in 1910 but switched to law briefly before he settled into the Faculty of Sciences, focusing on physics and mathematics. With his older brother’s encouragement, Louis graduated Bachelor of Science in 1913.

Louis de Broglie's education was interrupted when he was drafted into the army during World War I, where he was based in the Eiffel Tower’s radio- telegraphy station.

Louis de Broglie studied in his spare time, learning the technical side of physics.

Louis and Maurice worked together after the war; both men worked on problems involving X- rays. In 1924, he submitted his thesis on electron waves and wave-particle duality theory to the Faculty of Sciences at Paris University.

Louis de Broglie received his doctoral degree with Research on the Theory of the Quanta. In his research, Louis hypothesized that any moving particle had an associated wave, giving rise to a new field of study: wave mechanics or mécanique undulator.

After his doctoral degree, Louis continued to do research and give lectures at the Sorbonne. He was promoted to Professor of Theoretical Physics in 1928, for the new Henri Poincare Institute.

He later became the Chairman of the Institute four years later. Louis taught different subjects in physics until his retirement in 1962. After 1945, he was hired to be an adviser to the French Atomic Energy Commissariat.

Like many of his contemporaries, Louis De Broglie was also a member of the Académie des sciences in 1933, and he was the permanent secretary from 1942.

Since 1930, Louis de Broglie was devoted to wave mechanics, and its extensions such as Dirac’s electron theory, neutrino theory of light, spin particles and nuclear physics. He wrote many papers and more than twenty- five books on the field.

Louis de Broglie developed a causal model for quantum mechanics, which was later perfected by David Bohm during the 1950s, creating the de Broglie-Bohm theory.

In 1929, Louis de Broglie won the Nobel Prize in Physics for his work in wave mechanics and was the first winner of the  Henri Poincaré Medal in the same year.

He was the first recipient of the first Kalinga Prize in 1952, which was award by UNESCO for popularizing scientific knowledge. He also won Albert I Monaco Prize in 1932.

Louis de Broglie became a Foreign Member of the British Royal Society in 1953, becoming a member the French Academy of Sciences and Bureau des Longitudes since 1944.

He was also awarded Knight of the Grand Cross of the Légion d'Honneur and was given the rank Officer of the Order of Leopold of Belgium.

Louis de Broglie was a bachelor until his death. He became the 7th Duc de Broglie after the death of his brother in Louveciennes on 19th March 1987. The title went to Victor-François, a distant cousin.