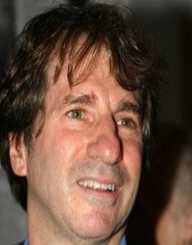 Barry Charles Scheck was born on September 19, 1949. Although little is mentioned about his mother, his father George managed singers and musicians when Barry was growing up in Port Washington New York. He attended and graduated from Horace Mann School in Riverdale in New York. The year was 1967.

Following high school, Barry attended college at Yale University where he graduated with his Bachelors in American Studies and Economics in 1971. Not one to rest on his laurels he then applied and was accepted to law school. He received his Juris Doctorate from the University of California-Berkeley in 1974. While taking law classes, he also received his Masters of City Planning.

After obtaining his law degree, Barry Scheck worked for the Bronx Legal Aid Society for five years.  While working there he met Peter Neufeld, the man who would be his partner. Soon he was offered a position at Cardoza School of Law as a professor. He took the job. This allowed him to work at school and maintain his practice.

While a professor he has taken cases such as the infamous O.J. Simpson, Hedda Nussbaum, and the Nanny. Despite taking these cases, he was still able to fight for those less fortunate or who had been wrongfully accused and needed the evidence to be revisited to exonerate them. Since it was a passion of his to help prove the innocence of his client he and his partner decided to go one step further.

The two, Barry Scheck and Peter Neufeld, founded the Innocence Project. The purpose of this project was to show that the DNA evidence used to convict a rapist, or a murderer was not correct and could prove that it wasn’t the person incarcerated for the crime. Some have been proven innocent by DNA only after execution. But for some, it came in time. This was one of the reasons that he was requested by Johnny Cochran to also represent O.J. Simpson during his murder trial for Nicole Brown Simpsons and Ron Goldman’s murder.

But he didn’t stop there. Peter Neufeld and Barry Scheck also started the NSB Law Firm which also focuses on saving the innocent and trying cases. Both Neufeld and Scheck are partners along with Nick Brustin.

He is passionate about what he does, and whom he saves, so he will have the time to do what is needed. He was part of the group that pioneered the use of DNA at trials in legal capacities. Until he and another lawyer/partner had requested if rules could be made to ensure that the use of the DNA would not be abused, lawyers didn’t rely on it. But like many rules, as they made, the evidence could still be compromised.

As with most attorneys and those in the legal field there are a plethora of associations that you can join to help you advance in your career and also to network. Barry Scheck has availed himself of those he has joined.  He joined and became the Commissioner of the New York State Forensic Science Review Board, 1994-Present.

He joined and became the Advisor for the AGID Lab- 2002 to Present. He joined and was the past president of the National Association of Criminal Defense Lawyers. No stranger to hard work it is nice when it was rewarded. He won the NYBA gold medal in 2013 and also the National Trial Lawyers Lifetime Achievement Award in 2012. Before both of those awards, he received the Robert C. Heeney Award in 1996.

Wanting to share his knowledge that he has gained over the years Barry Scheck along with his partner Peter Neufeld and a couple of other authors have written two books available for your purchase. The first was titled, Actual Innocence: Five Days to Execution, and Other Dispatches from the Wrongly Convicted, written in 2000 by Jim Dwyer, Peter Neufeld, and Barry Scheck. The second book was titled, The Innocents New York: Umbrage Editions in Association with the Innocence Project written in 2003 by Peter Neufeld, Barry Scheck, and Taryn Simon.

Barry Scheck is still practicing law and connected with the Innocence Project.  Not sure when he shall retire he is now 69 years old and as long as he has his smarts he can practice law. Where will he be in five years- may be retired, and relaxing at home with his family? His family is his wife Dorothy Ricks and one daughter Olivia Morgan Scheck who is an actress.