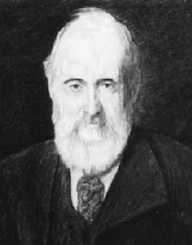 Lord Kelvin, 1st Baron Kelvin was a Scot-Irish engineer, mathematical physicist, inventor, and academician. Born on June 26, 1824, Lord Kelvin, worked on the mathematical analysis of electricity and the formation of first two laws of thermodynamics while at the University of Glasgow. Lord Kelvin, also worked to unify bring together the evolving discipline of physics in the modern form. Lord Kelvin, collaborated with mathematics professor Hugh Blackburn in most of his works. Lord Kelvin gained recognition for his work as an electric telegraph engineer and inventor. Thompson worked on the transatlantic telegraph project for which Queen Victoria knighted him in 1866. The measurement of absolute temperature stated in Kelvin is in his honor.

In 1892, he was ennobled for his works in thermodynamics and opposition to Irish Home Rule. He then became Baron Kelvin, of Largs in the County of Ayr. He declined several offers from top universities but decided to remain at the University of Glasgow as a Professor of Natural Philosophy for more than five decades.

Lord Kelvin was born in Belfast, Ulster, Northern Ireland to James Thompson and Margaret Gardner on 1824. June 26, He had five other siblings. His father was a mathematics and engineering teacher at the Royal Belfast Academical Institution. His mother died when he was six years. Lord Kelvin was homeschooled with his elder brother James by their father. The family moved to Glasgow after James Thompson was appointed a professor of mathematics at Glasgow University in 1832.

He continued his education at Royal Belfast Academical Institution later studied at Glasgow University in 1834. The university at the time made available its facilities to elementary school for able pupils. Lord Kelvin, enrolled at the Cambridge in 1841 graduating as a Second Wrangler in 1845. While there, he took an interest in the study of mathematics and physics especially in electricity. He was also active in sports and loved classics and music.

Lord Kelvin presented the first mathematical development of Faraday’s concept, which states that electric induction takes place in a dielectric and not by incomprehensible "action at a distance." Lord Kelvin also developed the mathematical technique of electrical images that became vital in the solution of problems related to electrostatics. In 1845, Lord Kelvin was elected a fellow of St Peter’s.

In 1846 at age 22, he was appointed the chair of natural philosophy at the University of Glasgow. He also became a professor at the university. In 1856, Lord Kelvin was elected to the board of the Atlantic Telegraph Company.

Lord Kelvin did some work to elaborate more on the transfer and loss of heat that has been a bone of contention in the past, between James Prescott Joule and Sadi Carnot. To achieve his aim, Lord Kelvin collaborated with Joule from 1852 to 1856 to delve into the subject matter. This resulted in the discovery of the Joule-Thompson effect also called the Kelvin-Joule effect which also brought the acceptance of the kinetic theory.

He stated, “In physical science, a first essential step in the direction of learning any subject is to find principles of numerical reckoning and practicable methods for measuring some quality connected with it. I often say that when you can measure what you are speaking about and express it in numbers, you know something about it; but when you cannot measure it when you cannot express it in numbers, your knowledge is of a meagre and unsatisfactory kind. It may be the beginning of knowledge, but you have scarcely, in your thoughts, advanced to the stage of science, whatever the matter may be.”

Lord Kelvin,1st Baron Kelvin was married to his childhood love Margaret Crum in 1852. Margaret, however, fell ill on the couple honeymoon and for about seventeen years, her health conditions distracted Thompson’s work. Margaret died on June 17, 1870, and then married Fanny Blandy on June 24, 1874. Fanny was 13 years his junior. In 1902, he was appointed a Privy Counsellor and one of the first members of the new Order of Merit.

On August 11, 1902, he was sworn as a member of the council at Buckingham Palace. Lord Kelvin died on December 17, 1907, in his Scottish residence, Netherhall, in Largs. He had caught a chill in November that year, and his health deteriorated since. He was interred at Westminster Abbey.

Lord Kelvin won several awards including, Keith Medal, Gunning Victory Jubilee Prize, Royal Medal, Copley Medal and the John Fritz Medal. He was appointed Baron Kelvin of Largs in the County of Ayr in 1892 and Knighted in 1866 by Queen Victoria. He was awarded Commander of Imperial Order of the Rose (Brazil),  Commander of the Order of Legion of Honor, France, and Knight of the Prussian Order Pour le Merite among several other awards and honors.