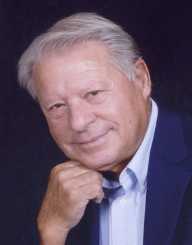 William S. Harley was born on December 29th, in 1880. He is famous for being the co-founder of Harley-Davidson Motor Company.

American mechanical engineer, William Sylvester Harley was born on December 29th, in 1880. His birthplace was in Milwaukee, Wisconsin. William Harley Sr., his father, worked as a railway engineer. His mother’s name was Mary Smith. She had emigrated to the U.S. in 1860.

William S. Harley's career began while working in a bicycle factory. Around this time, he was aged 15. He later teamed up with Arthur Davidson to create their motor-bicycle. The two received help from Henry Melk and later from Ole Evinrude.

Young Harley later attended the University of Wisconsin where he obtained his mechanical engineering degree in 1907. Before this, he and Arthur Davidson founded Harley-Davidson Motor Company in 1903.

William S. Harley tied the knot to Anna Jachthuber in 1910. Together, they had three children.

William S. Harley passed away on September 18th, in 1943. He succumbed to a heart failure leading to his early demise. He was aged 62 at the time of his death.

William S. Harley's contribution to the motorcycle world was recognized and that he was listed in the Motorcycle Hall of Fame.