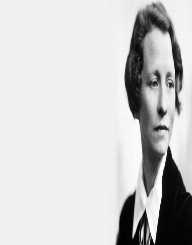 American poet Edna St Vincent Millay was born on the 22 February 1892 in Rockland, Maine to Cora Louella Buzelle and Henry Tolman Millay. Her parents divorced when Edna was seven years old, and her mother raised her three daughters alone.

When Edna was twenty, Millay won a scholarship to Vassar College; this followed her poem Renascence being published in The Lyric Year to wide acclaim. She graduated from college in 1917.

Millay’s first book of poems, Renascence and Other Poems was published in 1917. She also wrote her first play, The Lamp and the Bell (1921). She moved to New York City and lived in Greenwich Village which at the time was an emerging artistic area. Millay became a member of the Provincetown Players and met up with various other writers and artists. She published A Few Figs from Thistles in 1920, a second poetry collection which dealt mainly with feminism and female sexuality.  Then in 1923, she won the Pulitzer Prize for The Ballad of the Harp-Weaver. Throughout the 1920s Millay continued writing including poetry, plays and an operetta, The King’s Henchman in 1927.

In 1923 Millay won the Pulitzer Prize for Poetry, and in 1943 she was awarded the Robert Frost Medal.

Millay married Eugen Boissevain in 1923. He was the widower of Inez Milholland. Boissevain gave up his career to manage and support Millay including organizing her domestic life,  literary affairs, and readings. Boissevain died in 1949, and Millay died on the 19 October 1950 after falling down a flight of stairs and suffering a heart attack. She was fifty-eight years of age.