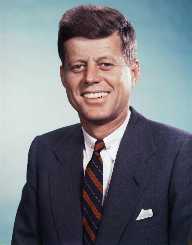 Robert Francis Kennedy, also known as 'Bobby', was a renowned politician in the USA in the 1960's. He was born on November 20, 1925, to Rose and Joseph P. Kennedy. His elder brother, John F. Kennedy was the 35th president (US). He was New York's senator for three years and an Attorney General under his older brother Joseph. Robert being a member of the Democratic Party, he became the manager for his brother's campaigns during the presidential elections. He was the top candidate in the nominations for the presidency of the Democratic Party. His appeal was mainly to the African-Americans, the poor, the disabled, underprivileged and the Catholics.

Robert was later an attorney in Washington D.C before he fully decided to join politics. He wrote a book titled 'The Enemy Within' in his efforts to fight corruption in the country. When his brother was president, he was made chief advisor at the White House. Robert was also part of the African-Americans civil rights movement and went to campaigns which were against the Mafias. He diligently fought against the Vietnam War and to date, many people assume that he was assassinated for this reason.

When he was Senator, he worked to ensure the disabled and underprivileged students were assisted. Moreover, he improved the living standards of the oppressed and poor people in Brooklyn. He also diligently fought for the human rights of the people in South Africa, Latin America and other parts of the world. Robert is a true icon of modern American liberalism. On June 5, 1968, sometime after midnight, after having won against senator. Eugene McCarthy, he was shot by Sirhan Bishara Sirhan, a 24-year-old Palestinian.

Robert Kennedy Francis was born in a staunch Catholic family to Rose Fitzgerald, a philanthropist and Joseph P. Kennedy Sr who was a politician and a businessman. Among nine children, he was the seventh, his elder brother John F.

Kennedy's father was a powerful politician who was a Britain Ambassador. He was also a rich business person. This made Kennedy and his family live a well privileged and wealthy life. The Kennedy family relocated to a wealthy neighborhood in Bronx, New York in September 1927. After two years, they moved again to Bronxville, a town in Westchester County.

Robert went to Riverdale Country school which was a private school for boys until he was in second grade. This is when he went to Bronxville Public school through to fifth grade. He then went back to Riverdale Country school for his sixth and seventh grade. He later went to an elite Protestant school, St. Paul's School, in Concord, New Hampshire, where he started his 8th grade. His mother then changed schools for him, taking him to a Catholic boarding school, Portsmouth priory school in Portsmouth, Rhode Island.

Although he joined the US Navy as an apprentice, he did not have the chance of fighting in world war II. It was during this war that his brother Joseph was killed. After leaving the navy in 1946, he joined Harvard and graduated with a bachelor’s degree in political science. He later joined the University of Virginia to study law.

Robert passed the Massachusetts bar exam in 1951 and shortly after was part of the Criminal Division in the Department of Justice. He, however, resigned after a year to help his brother with campaigns for the Senate elections. He worked at the Senate subcommittee on investigations in 1933 and later quit after opposing Senator Joseph McCarthy's, the committee's chairman 's manner of investigation.

In 1960, he was his brother's main campaign manager, he campaigned for his brother, John for the presidential election. He also effectively managed the department of justice and the rate of crimes reduced to up to 80% during his reign as Attorney General. As a president's advisor, he was very instrumental in making major decisions of the country. An example is when he decided to block China instead of beginning military attacks during the 1962 Cuban Missile Crisis.

After defeating Senator Kenneth Keating, he was elected to the Senate after the assassination of his brother in 1964. Being Senator, he started schemes for the underprivileged and disabled children in Brooklyn. In 1968, Robert contested for the Democratic Presidential nominations in which he won in Nebraska and Indiana but he was shot dead after this victory.

He began programs which helped the underprivileged. His aim was to alleviate poverty by creating employment for the unemployed, mainly using the private industry. His programs also helped the poor with health and education services.

Being an Attorney General, Robert sided with his brother President John in the passing of the Civil Rights Acts of 1964 which was successfully passed eight months after his brother's assassination.

Robert married Ethel Skakel who was from Greenwich, Connecticut in 1950. They wedded at St. Mary's Catholic Church in Greenwich and his brother Joseph was his best man. Ethel's father was a great businessman. He flew with his wife back to Greenwich after graduating from Law School in June 1951. While at Harvard, Robert made the university's football team despite being short. He almost quit when he broke his leg during practice but he fearlessly went back to play after the ordeal.

Robert was shot three times and five others wounded on June 5, 1968, when Sirhan Sirhan, 24-year-old Palestinian opened fire. It is alleged that he was assassinated because of his support for the Israelites in the 1967 Arab- Israeli War.

In 1985, a private detective released some documents which raised suspicions concerning the involvement of John Kennedy and Robert in the death of Marilyn Monroe. This was however not confirmed by the official authorities. There were gossips and rumors again after President John F. Kennedy was assassinated which involved Jacqueline Kennedy and Robert Kennedy. Many believed however that they just shared a common loss.

Shortly after midnight on June 5, 1968, Robert F. Kennedy was shot by a 24-year-old Palestinian, Sirhan Bishara Sirhan. He was quickly taken to Los Angeles Central Receiving Hospital. In the same night, he was later referred to Good Samaritan hospital and unfortunately died in the morning. Robert's body was taken back to Manhattan at St. Patrick's Cathedral for a funeral mass. He was then put to rest near his brother John in Arlington National Cemetery in Arlington, Virginia.