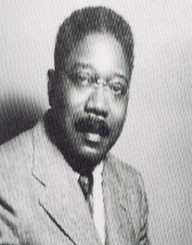 On the 26th of May, 1899 Aaron Douglas was born, in Topeka, Kansas. He was the son to Aaron Douglas Senior and Elizabeth. His father was a baker from Tennessee, while the mother was an amateur painter from Alabama.

Aaron Douglas took an interest in arts from an early age. His mother inspired him through her artwork.

He graduated from Topeka High School in 1917. To cater to his upkeep, Douglas did various jobs. His first job was at Skinner’s Tannery in his hometown Topeka. Then he also worked at the Union Pacific material yard. Douglas moved to Detroit after his graduation from high school. His parents were not able to finance his college education.

He then worked briefly at the Cadillac automobile plant. After attending free classes at the Detroit Museum of Arts, Douglas joined the University of Nebraska. This was in 1918.

Aaron Douglas worked as a busboy and waiter to cater for his fees in college. In 1922, he got his Bachelor of Fine Arts degree. He went back to Kansas and got a teaching job at Lincoln High School. Though he was a gifted teacher, his passion was in painting.

In 1925, Aaron Douglas left for New York to pursue his passion, art. He presented himself to Crisis Magazine. William Du Bois, the editor, hired him as a mailroom clerk, the only position that was vacant at the time. In New York, he met Winold Reiss. Reiss was a German-born artist who inspired Douglas to pursue afro-centric painting.

Aaron Douglas then got an invitation to do illustrations for several magazines. He did his first illustration of Alain Locke’s book, The Negro. This was in 1925. Several requests came in. Renowned writers from Harlem sought his input for their books. His illustrations featured on the covers of Opportunity, Vanity Fair and Theater Arts magazines.

He blended geometrical dimensions with Egyptian sketches to form a new form of artistic drawing. He got commissions to paint murals in Philadelphia and Tennessee.

He finally got to realize his dream in 1931. Douglas went to study fine arts in Paris. He stayed there for one year and came back to New York. From Harlem, he was invited to draw many murals in the US. Douglas used his status to highlight the plight of the African Americans.

Aaron Douglas' paintings also emphasized the need for African Americans to realize their position in American society. As chairman of the Arts Department at Fisk University, Douglas encouraged the students to study African history.

This would make them preserve their cultural identity in America. From 1925 to 1966, Douglas did educative murals. He also did murals on historical icons like Harriet Tubman.

His career also took him to the American South. He traveled most to the black communities living there. He gave lectures to the black universities students in Alabama, Tennessee, and Louisiana. Douglas was invited to the Dominican Republic and Haiti.

Aaron Douglas was an imaginative artist. He first used the traditional traits he learned from his mother. Then he became a mural painter and graphic illustrator. Douglas blended in his paintings typical African styles.

He created a connection from ancient Africa to the African Americans living in America. His work cut across all aspects of African life. It touched on African dances, dressing, poetry, and literature. Though he was not politically active, he used his art to educate the public on the evils of racism.

Aaron Douglas died in Nashville Tennessee on February 2, 1979. He was 79. In his life, he accomplished many things. From an early age, he appreciated hard work. He worked to pay for school fees.

Douglas never let the circumstances surrounding him derail his dreams. He created an art form that changed how African Americans viewed contemporary art. His works are now part of the inspiration of young African American artists.

Government and institutions of higher learning have his paintings on their walls. In 2007, the Spencer Museum of Art organized an exhibition bearing his name. The National Museum of African American History and Culture have made his works available in digital form.