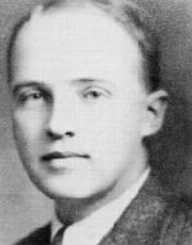 Charles Best was born on February 27th, in 1899. He is famous for being an American-Canadian scientist. He earned high acclaim after he co-discovered insulin. His discovery was regarded as essential progress in finding an ideal treatment for diabetes. Sadly, Best was not bestowed with a Nobel Prize along with other partners he worked with in making the discovery a reality. This is for the reasons that he had not completed his studies at this time. Frederick Banting was one of the co-discovers, and he greatly appreciated Best’s efforts by sharing the Nobel Prize with him.

Charles Best was born on February 27th, 1899. His place of birth was in West Pembroke in Maine, Canada. He was the son of Herbert Huestes Best and Luella Fisher. His father was a professional doctor. Both his parents were Canadians who originated from Nova Scotia.

In 1916, Charles Best enrolled with University of Toronto where he pursued Bachelor of Arts. However, his studies were interrupted with his calling to serve in the Canadian army. He was at the Canadian’s army frontline during World War I. After this war came to an end, Best went back to the same university and continued his education. He graduated in 1921 earning his first degree in biochemistry and psychology while he was only 22 years old. It is during the same year of his graduation that he partnered with Frederick Banting. Their first mission was to find a solution to controlling a disease called diabetes mellitus.

Charles Best career turning point came in 1921. At this time, Dr. Frederick Banting had paid a visit to J.J.R. Macleod, a psychology professor at the University of Toronto. While here, Banting requested the professor for an opportunity to carry out his research at Macleod’s laboratory. At first, Macleod was hesitant to grant him the permission, but with time, he gave him a chance. The professor also gave Banting two other medical students that would aid him in his research at the lab. These students were Clark Noble and Charles Best. Nevertheless, Banting needed the help of one student. This meant that he had to flip a coin to settle on one of them. Fortunately, for Best, the coin flipped to his favor, and he worked all this time as Banting’s assistant.

Banting greatly admired Best's efforts during the research process, and it is for this reason that he later gave him credit after the discovery of insulin. In honor of his efforts, the shared the rewards he obtained from the Nobel Prize with Best.

Years later, Charles Best went back to the University of Toronto this time to work as a psychology professor. He took over from his former professor, J.J.R. Macleod. After that, he went on to work for United Nations World Health Organization as their medical adviser.

In 1924, Charles Best tied the knot to Margaret Hooper Mahon. They wedded in Toronto. The two were blessed with two sons. One of their sons named Dr. Henry Bes was successful. He later took over as the Laurentian University’s president.