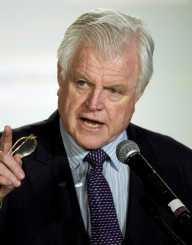 Ted Hughes was a famous English author, children’s writer and poet. He was among the greatest 20th-century writers. Critics also rated him the best poet ever during his time. He is best remembered for his work Birthday Letters, The Hawk in the Rain and crow. He was only 15 when he began writing. His teachers and his elder sister were his greatest motivators. They encouraged him to keep writing, and when he turned 16, he had made up his mind to be a poet.

He had written and released his first poems and books by the age of 27. In his book Birthday Letters, he described the complicated relationship he had with his wife, Sylvia Plath. Hughes also did translations for books. He translated Blood Wedding by Federico Garcia Lorca and Spring Awakening by Frank Wedekind.

Ted Hughes was born on August 17th, 1930. His birthplace was in a large village named Mytholmroyd located in West Riding in Yorkshire. He was the last born to William Henry Hughes and Edith Hughes. His father was an Irish descendent while his mother was a descent of William de Ferrières. His two siblings were Gerald the eldest followed by Olwyn. His family later relocated to Mexborough in South Yorkshire when Ted Hughes was seven years old. While there they owned a tobacco and Newspaper shop. From a young age, he had interest in animals. He would accompany his older brother Gerald whenever he went hunting. Besides hunting, he loved fishing, swimming and picnicking.

Ted Hughes attended Burnley Road School located in Mytholmroyd at the age of 7. This marked the beginning of his educational journey. A year later he attended Schofield Street junior school in Mexborough town where they had shifted to when he was seven. After a while, he changed schools and joined Mexborough Grammar School.

His teachers mentored his talent in writing along with Olwyn, his sister. He then began writing at the age of 15, and when he was 16, he knew that he wanted to be a poet. He would then write stories and poems for The Don and Dearne their school magazine. His poem Wild West was published in 1946. It was his first publication, and it appeared in the magazine. He later graduated in 1948. He was offered a scholarship at Pembroke College in Cambridge but chose to begin with National service.

Ted Hughes served as a wireless mechanic on the ground at East Yorkshire for the Royal Air Force. He worked from 1949 to 1951. With his free time, he would read Shakespeare work sometimes. He then took the scholarship offer at Pembroke College where he majored in English. He studied Anthropology and Archaeology in his third year and later began writing again. He finally graduated in 1954.

In 1954 many of his poems were published. He took different jobs between 1955 and 1956. He went from being a night watchman to a gardener and zoo attendant. He was also a teacher at some point and worked at a film company as a reader. In February 1956 he launched St. Botolph's Review. This was a literary magazine which he established along with six others. Some of his works appeared in the magazine.

He later settled in Cambridge with his newlywed wife, Sylvia Plath. It was then that His work The Hawk in the Rain in 1957 took the first prize. This was in The Poetry Center contest for a book published for the first time. His wife assisted him in typing the book, and she was the one who persuaded Hughes to enter the competition.

He moved to the US along with his wife in 1957. He then took taught at the University of Massachusetts in Amherst. Meanwhile, he wept on with his writing. They traveled across the United States of America in 1959. They later returned to England when his wife had her first pregnancy. His book Lupercal was published in 1960 just after his return to England.

From 1961 Ted Hughes focused on children’s literature. He began with funny verses for kids written in the book Meet My Folks!  From there he authored 18 other books for children.

1962 turned out to be a bad year for Ted Hughes. His relationship with Path had become complicated. When he married her, he had no idea that she had a suicidal history. Path committed suicide a year after Hughes took Assia Gutmann Wevill. He was blamed for her death. He did not defend himself but remained silent. His second wife again committed suicide in 1969 something he was held responsible. His book Birthday Letters was the last book to be published just before he left this world.

Ted Hughes was first married to Sylvia Plath. They had two children Frieda and Nicholas, and later his wife committed suicide. He then married Assia Wevill and had a daughter, Alexandra Tatiana. Assia Wevill killed herself together with her daughter on March 25, 1969. Carol Orchard then became his wife in 1970 till the time of his death.

Ted Hughes succumbed to colon cancer on 28th October 1998. He was cremated in Exeter in Devon.