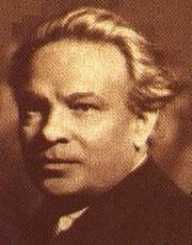 Ottorino Respighi was born on July 9, 1879. He was an Italian Violinist. He was also a composer and a musicologist. He was renowned following his trilogy of orchestral tone poems including ‘Fountains of Rome’, ‘Pines of Rome’ and ‘Roman Festivals’. He died at the age of Fifty Seven years.

Ottorino Respighi was born on July 9, 1879, in Bologna, Italy. His father encouraged him to join music; he was later taught how to play piano and violin by his father. He later joined Liceo Musicale to learn violin and viola. In 1899, he received a diploma in Violin. He later polished his language by reading dictionaries and atlases.

In 1900, Ottorino Respighi started his career by serving as a principal violist in the Russian Imperial Theatre Orchestra, Saint Petersburg. He later studied orchestration from composer Nikolai Rimsky-Korsakov. He later went back to Bologna to complete his studies in composition. He later received a second diploma. He later worked as a principal violist in Mugellini Quintet. He later went Rome. His voice and piano works included; ‘Storia Breve’, ‘Luce’, ‘Nebbie’, ‘Dieta Silvane’ and ‘La Sensitiva’.

In 1909, he wrote his opera ‘Semirama’ which premiered that year. Hus opera works included ‘Marie Victorie’, ‘Belfagor’, ‘Maria Egiziaca’, ‘La Fiamma’ and ‘La Bella Dormente nel Bosco’ among others. In 1913, he became Conservatorio di Santa Cecilia’s Composition professor a post he held until his death. In 1917, he became famous after his first orchestral tone poem ‘Fountains of Rome’ was released. In 1924, he did the orchestral tone poem ‘Pines of Rome’.

In 1925, Ottorino Respighi went to perform in the United States. He performed in a piano concert. In 1927, he did ‘Trittico Botticelliano (Botticelli Triptych)’ orchestral tone poem he also did ‘Vetrate di Chiesa (Church Windows). In 1928, he did ‘Impressioni Brasiliane (Brazilian Impressions)’. He also did a Roman tone poem. In 1936, his health started to deteriorate.

In 1919, Ottorino Respighi married Elsa Olivieri-Sangiacomo. He died in April 18, 1936 of deteriorated health. He died at the age of Fifty seven years.