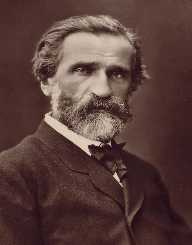 Adolf von Henselt was a 19th-century German composer and pianist.  He has been considered one of the greatest virtuosos of his generation.

Adolf von Henselt was born on May 9, 1814, in Schwabach, Germany.  The family moved to Munich when he was three years old.

Those sessions were paid for with the assistance of King Ludwig I of Bavaria.  Another instructor was Austrian composer and music teacher Simon Sechter.

After Adolf von Henselt studied for a few years with Sechter, Adolf von Henselt trained himself for two years to improve his technique.  In 1836 he toured some towns in Germany.  When Adolf von Henselt married in 1837, he and his wife were ready to settle down in Breslau, which is in modern-day Poland.  However, he went to live in St. Petersburg, Russia and perform concerts in that area around 1838.

Adolf von Henselt started working more frequently while in Russia.  His composition “Studies” impressed the Empress Alexandra Fyodorovna.   That was earned him the role of court pianist.

The last composition Adolf von Henselt produced was “Piano Concerto in F Minor” in 1846.  It was also his only major orchestral work.

Adolf von Henselt fell in love with Rosalie Vogel, but she was already married.  After her divorce, the couple married in 1837.  He died on October 10, 1889, in Bad Warmbrunn in modern-day Poland at the age of 75.  The cause of death was a cardiac disease.

The music of von Henselt influenced some musicians and music enthusiasts.  Most of his work and compositions were for piano, but he composed for other instruments and groups as well.

Adolf von Henselt had a certain style to which he could stretch the hands of the range over the keyboard.  However, he influenced Russian music as well. His work was appreciated by composers such as Sergi Rachmaninoff.