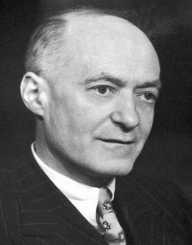 German chemist Ernst Otto Fischer was born on November 10, 1918, in Solln, a town near Munich. His father Karl T. Fischer was a professor of Physics at the Technical University of Munich. In 1937, he finished his basic education and went to serve his two years of compulsory military service. However, before he could finish his service, World War II broke out, and he served in Poland, France in Russia.

In 1941, he began to study at the Technical University of Munich, taking a study leave from the army. He was later captured by Americans but was released in 1945, when the war ended. He then resumed his studies and graduated in 1949.

After obtaining his master’s degree, Ernst Otto Fischer began working on his doctoral thesis as an assistant to Professor Walter Hieber in the Inorganic Chemistry Institute. His received his Ph.D. after finishing his thesis “The Mechanisms of Carbon Monoxide Reactions of Nickel(II) Salts in the Presence od Dithionites and Sulfoxylates” in 1952.

After receiving his doctorate degree, Ernst Otto Fischer began researching organometallic chemistry and the transition of metal. He wrote his lecturer thesis on “The Metal Complexes of Cyclopentadienes and Indenes.” He postulated that the structure presented by chemists Paulson and Kelly might have been wrong. He also published the structural data of ferrocene and the sandwich structure of the pentahapto compound.

In 1955, Ernst Otto Fischer was appointed as a lecturer at the Technical University of Munich and in 1957, became the professor. Two years later he was promoted to C4 professor (German equivalent of Professor Ordinarius). In 1964, Fischer became the Chair of Inorganic Chemistry at Technical University of Munich and was elected as a member of the Mathematics/Natural Science section of the Bavarian Academy of Sciences. In 1969, he became a member of the German Academy of Natural Scientists and in 1972, received an honorary doctorate from the Faculty of Chemistry and Pharmacy of the University of Munich.

Throughout his career, Ernst Otto Fischer gave several lectures across the world on metal complexes of indenyl, arenas, olefins and metal carbonyls. In the 1960s, Fischer and his group of scientists discovered the metal alkylidene and alkylidyne complexes, known as the Fischer carbenes and carbynes. During his career, Fischer published around 450 journal articles. He gave lectures at the University of Wisconsin-Madison, was a visiting professor at the University of Florida and the Massachusetts Institute of Technology.

Throughout his career, Ernst Otto Fischer received numerous awards, including the Geoffrey Wilkinson prize in 1973, but his biggest achievement was the Nobel Prize in Chemistry for his work on the organometallic compounds. Fischer died on July 23, 2007, in Munich.