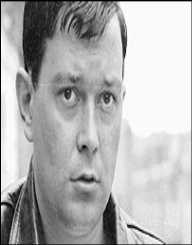 Joe Orton was born on January 1st, in 1933. He earned his fame for being a talented author and a playwright. However, his prolific career was quickly cut short as he died when he was only 34 years old.

Joe Orton was born on January 1st, in 1933. His place of birth was in Leicester, England. His father William A. Orton worked as a gardener. On the other hand, his mother, Elsie M. Orton worked in the footwear industry.

For his early education, Joe Orton enrolled with Marriot Road Primary School. During this time, he suffered from asthmatic complications which significantly affected his performance in school. Later on, he joined Clark’s College where he pursued a secretarial course. He completed this course in 1947. After this, he took a brief job as a clerk where he was paid about 3 pounds weekly.

Joe Orton's interest in theatre developed in 1949. Around this period, he became a member of various drama societies. In 1950, he earned himself a scholarship to study at the Royal Academy of Dramatic Art. He, however, did not begin his classes until mid-1951.

After taking his studies, Joe Orton took up the career of a playwright in the early 1960s. Following his talent, BBC paid about £65 for the play titled The Ruffian on the Stair. This play was broadcasted in 1964. After that, it was also reprised to be performed on stage in 1966.

Orton also received mixed reviews after the completed Entertaining Mr. Sloane. His other plays included Loot, The Erpingham Camp, Funeral Games, and Up Against It.

Joe Orton was murdered by Kenneth Halliwell on August 9th, in 1967. Orton was only 34 years old. His murderer killed himself immediately after killing him. He overdosed himself with Nembutal.