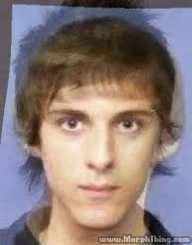 Adam Lanza is rated as the second worst school shooting perpetrator in American history. His killings led to the implementation of strict controls and security checks in American schools.

Adam Peter Lanza was born on the 22nd of April 1992. The Italian American boy was born in Exeter New Hampshire to Peter and Nancy Lanza. He was the second and last born child in the family. His elder brother Ryan was four years older.

From his childhood, Lanza manifested strange characters. He learned to speak after the age of three. He was extremely shy and rarely social. Due to this, he was a special education child in the class. This led to his parents getting a doctor for him. The findings of his hypersensitivity ailment led to some subscriptions for him. Also, he was taken for speech therapy lessons to aide his expression.

After the therapy, Adam Lanza became friendlier. He even started sharing stories with other classmates. He then began exhibiting his love for guns, violence, and killings. These stories never captured anyone’s attention. Moreover, boys of his age have toy guns and watch violent video games.

It was until he wrote his book deeply rooted in violence that one teacher took notice of his character. Since he was naturally shy, his teacher just reprimanded him. His stay at Sandy Hook Elementary School was ended by his transfer to another school in Newton, Connecticut.

Adam Lanza joined Newton High School in 2006. He joined West Connecticut State University in 2009. His grades improved but the supportive environment and the necessary therapy he got in high school was missing.

Lanza finished his first year and never went back. He went back to college. This time he joined Norwalk Community College, again he dropped out in his second semester.

Life took another turn in 2009, his parents divorced. The divorce separated him from his father and Ryan. The separation bruised him as he was very fond of his father. Adam Peter Lanza was brought up by his mother.

Nancy was a gun lover and made close ties with his son by going for shooting practice together. He got his feel of the gun when he started going for shooting range practice with his mother. He got his driver’s license after getting lessons from his mother. In a bid to transform Lanza into a more responsible boy, Nancy started leaving him alone when she traveled. With a driver’s license and his mother’s guns in the house, Lanza went shooting practicing alone.

The morning of December 14, 2012, propelled Adam Lanza to the American limelight. Without showing any disturbing signs, Lanza committed one of the most horrific murders of school children in a school compound.

Using his mother’s gun, Lanza went into her bedroom and fatally shot her. He then took her Honda civic car and drove to his former school Sandy Hook Elementary school. He entered a classroom and fired at the pupils.

Most of the pupils were aged between six and seven years. All the 20 pupils in the class died. Six adults were also killed. They included the class teacher and the principal of the school. He then turned on himself and fatally shooting himself on the head. Only two adults survived the shootings.

In the search for a motive for the killing, the police arrested Adam Lanza's brother Ryan. He was later released after questioning. The police never filed charges against him. Back at his mother’s house, they found a collection of sketches and papers documenting major serial killings and murders in the US and the world.

Born and raised with a psychological disorder, Adam Lanza got a support base in his childhood. This however turned around when his parents divorced. He continued with life alone. Lanza had no one to share with. When his troubles came,

Adam Peter Lanza took his life together with another 27 including his own mother. The police have never deciphered his motive of the killing. The biggest puzzle still remains why he chose his former elementary school, and the particularly the little children.

After the killings, many calls for tighter controls on gun ownership were proposed. Since the American society has been a gun s friendly society since inception, the gun debate will always evoke emotive debates.

The Sandy Hook school was demolished and reconstructed again. The new school was opened in 2016. This time around it had advanced security checks. Other schools in the US also improved their security surveillance within their premises.