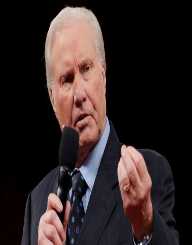 Jimmy Swaggart is an American Christian music singer and Pentecostal evangelist born on March 15th, 1935. He is also a television personality, author, and pianist. Since 1945, the powerful televangelist has touched the souls of people around the world. This is through his weekly internet and TV broadcasts. Through his Christian music recordings, Swaggart was honored to have once been a Dove Award finalist.

Jimmy Swaggart was born to preach for he was only nine years old when he began spreading the gospel in the streets. He ones faced a sexual abuse scandal, and he was removed from being in authority in the Assemblies of God. Among the songs Swaggart has recorded his 1962 album, God Took Away My Yesterdays. In 1968, his national radio program was launched with the title The Camp Meeting Hour. The Jimmy Swaggart Telecast. It began airing in mid 1970s.

Jimmy Swaggart was born on March 15th, 1935. His place of birth was in Ferriday, Louisiana in the United States. He was the son of W.L. Swaggart and Minnie. Both his parents were devoted members of the local Assemblies of God. However, the young Swaggart was not quite keen on religious matters. He would often sneak to blues and rhythm clubs along with Jerry Lee Lewis, his cousin. He played piano in the clubs and soon his reputation as a skilled piano player widely spread. Years later, he decided to leave behind his passion in music and devoted his time to church activities.

In 1962, Jimmy Swaggart recorded his first album titled God Took Away My Yesterdays. This was followed by the successful album There Is a River, and This Is Just What Heaven Means to Me. In 1968, he settled in Baton Rouge. In the same year, he launched The Camp Meeting Hour, his National TV program which began airing in the 1970s. During this time he also began the show The Jimmy Swaggart Telecast.

The year 1987 was a nightmare for the evangelist. The national spotlight lit his extra-marital affairs with not just one but with some prostitutes. The Assemblies of God did not take this lightly. They removed Jimmy Swaggart from any ministerial position he held in the church. He tried re-establishing himself as a pastor, but all was in vain.

In 1952, Jimmy Swaggart wedded his lovely wife, Francis Anderson. She was only fifteen years old at the time while Swaggart was seventeen. Donnie his son and Gabriel, his grandchild, took to his footsteps and became preachers as well. The couple also has many grandchildren and great-grandchildren.