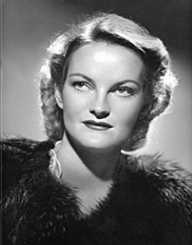 Doris Duke was born on  22nd November 1912, to James Buchanan Duke, and his second wife, Nanaline Holt Inman, a widow. She was born in New York City, New York, in the United States. She was an only child, and her father was a tobacco and hydroelectric power tycoon.

Duke’s father died in 1925. He had established The Duke Endowment in 1924, and he left $17 million to the Endowment. The remainder, which was estimated to be between $60 million and $100 million, was left to Duke and her mother. Most of the wealth came from his holdings in Lucky Strike cigarettes.

Due to uncertainty in her father’s will, Duke successfully sued her mother as well as other executors of the will, to prevent them selling any of the real estate holdings.

One of the real estate holdings was a mansion in Manhattan which would go on to become the Institute of Fine Arts at New York University.

In 1930, at the age of 18, Doris Duke was presented as a debutante, at a ball that was held at the family residence in Newport, Rhode Island. Her mother died in 1962.

Life as an Heiress and Socialite

Doris Duke undertook extensive travel all over the world and took a keen interest in the arts. During the second world war, she was in Egypt, working in a canteen for sailors, getting paid just one dollar per year. In 1945 she became a foreign correspondent for the International News Service, reporting from Europe. She then moved to Paris and wrote for Harper’s Bazaar magazine.

Duke also loved animals and had a great interest in horticulture. Duke would later become a supporter of a wildlife refuge, an environmental conservationist, and a patron of historic preservation.

One of Duke’s friends was Louis Bromfield, an award-winning author, and a scientific farmer. Duke made a donation after Bromfield’s death that enabled his property to be purchased and turned into a State Park.

In 1958, Doris Duke began construction on the Duke Gardens, in honour of her father. There were 11 gardens, all interconnected, that each had their garden, country, or period theme.

She built the gardens at Duke Farms in New Jersey. The property was her primary residence and the place that she had predominantly lived while growing up.

Doris Duke owned several choice pieces of real estate. She had a mansion in Newport, Rhode Island, and estate in Honolulu, Hawaii, where she spent her winters. She also had an estate in Beverly Hills, California, previously owned by Rudolph Valentino.

Duke also had two apartments in Manhattan. One was a penthouse on Park Avenue, the other an apartment near Times Square.

Despite having her own Boeing 737, and all her wealth, Doris Duke was a hard-working individual, and worked hands-on at her different properties.

In 1934, Doris Duke established Independent Aid, Inc. It was an organization to manage all the requests for financial help that she received.

In 1958, she established the Duke Gardens Foundation to manage the public display gardens that she created at Duke Farms. The Foundation was to help show the liberal side of the Duke family, and it met with considerable controversy in 2008 when the trustees closed the gardens.

The Newport Restoration Foundation was established by Duke in 1968. The Foundation had the goal of preserving over 80 colonial buildings in Newport. Five have been turned into museums, at least 71 are rented out by tenants.

After her death, many pieces from her art collection were donated to The Asian Art Museum of San Francisco, and the Walters Art Museum of Baltimore.

Doris Duke was also responsible for medical research funding, and programs to assist with child welfare. The Doris Duke Foundation is still operational as a private entity that provides grants. Some of her residences are managed by the Doris Duke Charitable Foundation, and public access is allowed on a limited basis.

Duke’s mother had been a shrewd businesswoman and left Duke a fortune at least three times what her father had left her.

Not only did Doris Duke have shares in many of the large, well-known companies, but she was also said to have art from painters such as Picasso, Van Gogh, Rembrandt and Monet in her collection. Duke also had an extensive jewellery collection and a wine collection.

Her estimated worth was over five billion dollars.

Doris Duke left the bulk of her fortune to charitable foundations. Her estate was sued and challenged several times by people and companies not happy with the will as she left it.

In 1935, Doris Duke married James H. R. Cromwell. He was the son of a socialite and used Duke’s money to finance his political career. The couple had a son but divorced in 1943.

In 1947, Duke married Porfirio Rubirosa. He was a diplomat from the Dominican Republic. They divorced in 1951.

Doris Duke died on 28th October 1993, at the age of 80. Cause of death was pulmonary edema which resulted in cardiac arrest.