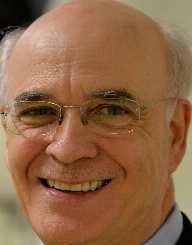 American businessman Jim Barksdale was born James Love Barksdale on the 24 January 1943 in Jackson, Mississippi. His father was a banker, and he was one of six boys in the family.

Jim Barksdale holds a B.A. in Business Administration from the University of Mississippi (1965).

After graduating from the University of Mississippi, Jim Barksdale took up a position as a sales representative with IBM (1965-1980). In 1972, he then left IBM and co-founded Econocom in Memphis, Tennessee. Econocom traded in the leasing, buying and selling of used IBM computers. Econocom was sold to Cook Industries.

From 1979 until 1983, Jim Barksdale was Chief Information Officer at Federal Express Corporation in Memphis. In 1983, Barksdale was appointed the Executive Vice President of Federal Express Corporation (1983-1992). He was Chief Executive Officer, AT&T Wireless Services 1992 to 1994 and from 1995-1999 was President and CEO of Netscape Communications Corp.

From early 1999, Barksdale was President and Chairman of Barksdale Management Corporation. He was an Independent Director at Federal Express Corporation until 2018. Other boards Barksdale is associated with include: Trustee of the Mayo Foundation for Medical Education and Research, Director of TechNet, Co-Chairman of Spread Networks and Director of Edge Theory.

He has also provided funding for the Mississippi Principal Corps at the University of Mississippi which focuses on the training of school principals in Mississippi.