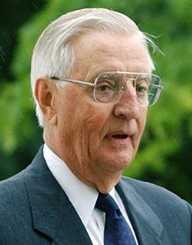 42nd Vice President of the USA

Walter Mondale is an American lawyer and politician born on December 5th, 1928. In 1977, he became the 42nd Vice President of the US as a member of the Democratic Party. This was during the time of President Jimmy Carter. He served in the position till 1981 upon which a candidate from the Republican Party took over. Before he became president, he also served as a Senator from Minnesota from 1964 to 1976. He studied political studies for his undergraduate studies.

Walter Mondale participated in the Korean War as a member of the U.S. Army and later studied law. He practiced law for about four years before devoting his time to politics. During his political career, he also served as a US ambassador to Japan from 1993. Currently, he is still actively involved with the Democratic Party.

Walter Mondale also was known as Walter Frederick Mondale was born on December 5th, 1928. His place of birth was Ceylon, Minnesota in the United States of America. He is the son to Theodore Mondale and Claribel Hope Mondale. His father is a Methodist minister while his mother is a music teacher on a part-time basis. His grandparents were immigrants from Norway. He has a half-brother, Lester Mondale who grew up to be a Unitarian minister.

Walter Mondale took his elementary studies in public schools in Minnesota. He later enrolled in Macalester College and the University of Minnesota. At the university, he studied political science. Meanwhile, he became politically active. In 1948 he assisted Hubert Humphrey in attaining a senate position in the US.

By 1951 Walter Mondale attained his bachelor’s degree and served in the US Army during the Korean War. After he was relieved of his duties at the army, he enrolled in the University of Minnesota Law School. In 1956 he attained his degree in law. He was then offered a position at the Minnesota State Bar where he officially began his law career in Minneapolis.

Between 1956 and 1958, Walter Mondale worked closely with Orville Freeman as his campaign manager. Freeman was then re-elected as the governor of Minnesota. In 1960, Miles Lord who was Minnesota’s attorney general resigned. Mondale was later appointed to take over the position. He was 32 years old at the time.  In 1962 he was re-elected to the position which he served till 1964. In December the same year, he was appointed into the Senate of the US.

Walter Mondale later ran for senate position elections and won the seat in 1966. He ran for re-election and once again won in 1972. He served for seven consecutive congresses till 1976. During this time he was n active member of the Committee on Labor he was also a member of Budget committees as well as the Labor and Public Welfare.

Walter Mondale was elected the vice-president of the United States in Labor and Public Welfare. He was a member of the Democratic Party. His running mate for the presidency was Jimmy Carter. He assumed the role of emissary and general adviser of Carter during along with his other duties as Vice president. He became the first Vice-president ever in the US to own an office in the White House.

In the 1980 re-election, Ronald Reagan and George Bush defeated Carter and Mondale. They were members of the Republican Party. Ronald Reagan defeated Mondale once again in the presidential elections in 1984. He decided to go back to practicing law after the defeat. He moved back to Minnesota in 1987 and practiced law at Dorsey & Whitney law firm. Meanwhile, he remained an active supporter of the Democratic Party. From 1993 to 1996, he was the US ambassador to Japan. Bill Clinton was the US president at the time.

Walter Mondale wedded artist, Joan Adams on December 1955. Together they had three children Theodore, Eleanor and William Hall. In 2011 their daughter Eleanor succumbed to brain cancer.  Later in 2014 his wife also passed away.