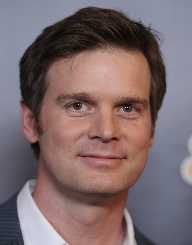 As a teenager in high school, Peter Krause was more focused on sports than he was on drama. It wasn’t until getting a sporting injury that he decided to try out drama to fill his spare time. He appeared in school plays until he graduated from high school in 1983.

After high school, Peter Krause went on to attend the Gustavus Adolphus College. While there, he studied English. While at school, he began his professional acting career. However, he mostly performed in bit parts in shows and movies. He graduated from his school in 1987.

Peter Krause moved to New York after graduating and became to attend the Tisch School of the Arts. It was at this school that he is studying acting in a professional setting for the first time. While there, he appeared in many of school’s plays. He graduated from this school in 1990.

Krause’s acting career began in 1987 when he appeared in a bit part of the horror movie Blood Harvest. He was still in school when he performed in this role, but he would not act professionally again until he finished school, in 1990.

In 1990, Peter Krause began acting on the sketch comedy show Carl & Company. While working on this show (between 1990-1991), Peter Krause played a variety of hilarious characters. It was a great start for his acting career, and it was his first recurring role. Throughout the 1990’s, Krause racked up some recurring roles on popular television shows, including Beverly Hills, 90210, The Great Defender, If Not for You, Cybill, and Sports Night. In 1997 he began appearing in movies again, beginning with Lovelife. He also appeared in the films The Truman Show, Race, and My Engagement Party. He also appeared as a guest actor on some television shows, including Party of Five, Seinfeld, and Spin City.

The 2000’s were some of Krause’s productive years as an actor. In 2001, he began acting as the character Nate Fisher in the show Six Feet Under. This would go on to be one of Krause’s most famous roles of his career. Peter Krause acted on this show until the show’s end in 2005. In 2006, Krause acted in and produced the film Civic Duty. Krause’s next big project was the show Dirty Sexy Money. With this show, he played the character, Nick George. He also produced about a dozen episodes of the show. Some of the other projects Krause worked on during this decade include The Lost Room and Beastly.

Krause’s next big role, as Adam Braverman in the hit television show Parenthood, began in 2010. He would go on to act on this family drama until the show’s end in 2015. While the show was going on, Peter Krause did not act on anything else. In 2016, he took on another recurring role as Benjamin Jones in the show The Catch, which he acted on until 2017. As of 2018, Peter Krause is acting on the show 9-1-1 as Bobby Nash. Some of his other most recent projects include Saint Judy, Gilmore Girls: A Year in the Life, and Night Owls.

Over the course of his long career, Peter Krause has won a handful of awards and has been nominated for almost twenty others. His awards are listed below.

Peter Krause has a son with his ex-girlfriend, Christine King named Roman Krause (born 2001). Peter Krause is currently in a long-term relationship with actress Lauren Graham.