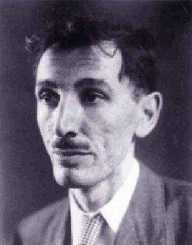 Alan Hovhaness was a distinguished American composer. He was the most creative performers of the 20th century. He was first attracted to music when he was four, and by the time Alan was getting his piano lessons at age 7, he had already started composing. His catalog comprised of 67 symphonies that were numbered and 434 opus numbers.

The real tally was over 500 works since most opus numbers consist of two or more different actions. He was known for mixing Asian and Western music genre. Some of his incredible creations include; Guitar Concerto No.1 and 'Symphony No. 17'. In his mission for traditional music in different countries, Alan Hovhaness visited South Korea, Hawaii, and Japan. He applied an advanced technique while creating Lousadzak that was known as 'spirit murmur.'

He later destroyed most of his earlier works after being criticized. Alan's early actions reflect renaissance music influence and utilization of harmonies of the late 19th century. He got his first hit as a composer by BBC Symphony, and symphony Exile was performed in London. Later from 1940, he became interested in Armenian’s music and used its techniques in some of his works, and although he was known to be an Armenian composer, his actions show an assimilation of music from many different cultures. Most of Alan Hovhaness' works have been an inspiration in several films too.

Alan Hovhaness was born on the 8th March 1911 in Somerville, a town in Massachusetts to an American professor of Chemistry at Tufts College, Heroutioun Hovanes Chakmakjian and Madeleine Scott, Scottish origin and a graduate of Wellesley College. At five, Alan's family moved to Arlington, Massachusetts.

After the death of his mother in October 1930, he started using the surname "Hovaness" honoring his paternal grandfather. He later changed it to 'Hovhaness' in 1944.He began to show interest without any encouragement in music as early as four. Inspired by Franz Schubert, Alan did his first composition when he was four.

His family began to get worried about his keen interest and love for music. Therefore, they encouraged him to pursue astronomy which he also loved. Throughout his entire life and composing career, Alan Hovhaness persisted in his passion for science. Most of his works ended up with titles of planets and stars.

His parents soon supported his love for composing and budgeted for his piano lessons and got a teacher from the neighborhood when he was just 7. When he turned 14, he decided to dedicate himself to composing. It was at Arlington High School that he staged his two operas when he was still a teenager. During this time, Roger Sessions, a composer, took an interest in his work. After graduating from high school in 1929, Alan studied under the guidance of Leo Rich Lewis in a College called Tuft College and later was mentored by Frederick Converse in New England Conservatory school of music.

Alan Hovhaness won the Conservatory's Samuel Endicott prize for 'Sunset Symphony,' in 1932 which he composed. He then went on a trip with Jean Sibelius, a famous composer in that country. The next 20years, the two continued corresponding and when Alan got his first and only daughter in 1935, he named her Jean Christina Hovhaness after Jean Sibelius.

During the 1930's, he joined FDR'S federal WPA's Federal Music Project, and in 1936, he went to a performance by the renowned dance troupe of Uday Shankar in Boston. This troupe later grew his interest in Indian music. In 1940, he developed an interest in Armenian music and culture and worked in Watertown Massachusetts for St. James Armenian Church as an organist for ten years.

Around 1930's and 1940's, Alan Hovhaness destroyed most of his early works. He set aflame at least 1000 pieces, which took him almost two weeks. This decision was as a result of criticism on his creative works.

In the mid-1940's, he discussed musical matters and spirituality with his two friends, Hyman Bloom and Hermon di Giovanno who had an interest in classical Indian music. He later learned to play the sitar during this period.

Later, his friends from the Armenian music committee, in the 1940's helped him by providing him with sponsorship for many of his concerts in the New York. In 1946, Alan Hovhaness composed an American opera, 'Etchmidzin,' which was blessed by a nearby Armenian church. He later joined the Boston Conservatory in 1948 up to 1951.

When he went to New York in 1951, he became a composer full-time. Also, Alan worked for Voice of America as a scriptwriter.In 1955, he made his biggest hit for his Symphony No. 2, Mysterious Mountain, directed by Leopold Stokowski. MGM records released some Alan's works within that year.

Alan Hovhaness later taught at Eastman School of music from 1956 to 1958. During his research trips, from 1959 to 1963, he, went to Hawaii, Japan, Hawaii and South Korea. Alan was the first composer from the west who was invited to perform at the Madras music festival in India. He was also warmly welcomed in Japan-India where he skillfully performed his music with the Tokyo Symphony.

In 1962, he was busy trying to study and understand gagaku, a Japanese form of music. He composed a ballet known as 'Circe' in 1963 for Martha Graham. He then formed a label called Poseidon Society to release his works. His third ballet composition, 'Myth of a Voyage' was composed for Martha Graham. He later produced many works in 1981 for an Indonesian orchestra.

His major work was in 1945 when he came up with an innovative technique which involved using instruments which repeated phrases in a specific uncoordinated way.

Alan Hovhaness also made a massive breakthrough for his Symphony No. 2, Mysterious Mountain which was directed by Leopold Stokowski in 1955. Appearing on Voice of America in 1951 was also an excellent breakthrough for him. MGM records releasing a number of his works records in 1955 was also a big debut.

Alan Hovhaness married some six times. In 1934, he married Martha Mott Davis, with whom they had a daughter, Jean Christina Hovhaness. He married his third wife Serafine Ferrante who was a dancer in 1947. Alan then married his sixth wife in 1977.

Alan spent the 1960's on trips in Europe, working and living mostly in Switzerland. During this time, he went to London for concerts to record his orchestral music. Alan later moved to Seattle in the early 1970's, where he spent the rest of his life. During this time (1973 and 1992) Alan produced as many as 37 new symphonies.
Disease and death
Alan Hovhaness passed away in June 2000 at his home in Seattle after a prolonged stomach illness. Coloratura soprano Hinako Hovhaness, his sixth wife, succeeded him by taking over his music company together with his daughter, Jean Christina Hovhaness, a harpsichordist.

Alan Hovhaness destroyed most of his early works during the 1930's and 1940's. He destroyed up to 1000 different pieces of his actions; this took him almost two weeks. He wanted a fresh beginning after claiming that his work was being criticized.