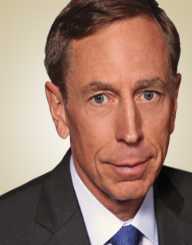 David Howell Petraeus started out life by being born in Cornwall-on-Hudson, New York, on November 7, 1952. The name he was given was David Howell Petraeus, and he was the son of Miriam Sweet and a Dutch sea captain from the Netherlands by the name of Sixtus Petraeus. David’s mother Miriam Sweet was an American from Brooklyn and a librarian. His father sailed to America from the Netherlands at the start of World War II. Sixtus Petraeus has initially been from Franeker, Netherlands, and he met David’s mother at the Seamen’s Church Institute. They married following their meeting.

David Petraeus appeared to be designed for West Point. It was because he was involved with so much of it from the very beginning right up until the end. He became a member of the collegiate soccer and ski teams. But he was also a cadet captain that did serve on the brigade staff. However, the most major of all his accomplishments were his outstanding grades, which did make him a “distinguished cadet” academically in every way.

Petraeus went on to graduate in the top 5% of his class, and that did rank him as being 40th overall. In his class yearbook, Petraeus was remembered best for always participating, and this participation was in everything from sports to academics to beyond. He graduated from West Point in 1974 and would go on to earn the General George C. Marshall Award by being the top graduate for the US Army Command and General Staff College in the Class of 1983 from Fort Leavenworth, Kansas. In 1985, Petraeus also did earn an M.P.A. and a Ph.D. in 1987 for international relations. The Ph.D. came from Princeton University’s Woodrow Wilson School for Public and International Affairs. He has other educational achievements and honors too.

David Petraeus went on to serve in the military from the 1970s all the way through until his retirement from the US Army that took place on August 31, 2011. Right after he graduated from West Point in 1974, Petraeus got a commission as an infantry officer and got assigned to the 509th Airborne Battalion Combat Team. The 509th Airborne Battalion Combat Team was a light infantry unit division that was stationed in Vicenza, Italy. From the very start of his military career, light infantry duty has been the core of his work, and that was highlighted by many assignments.

Some of these various assignments did include unit commands, mechanized units, staff assignments, and also educational institutions. The 1970s did see him as being a first lieutenant after his leaving the 509th and became operations officer for the 19th Infantry Regiment (Mechanized) A Company, 2nd Battalion, in 1979.

In the 1980s, in addition to, furthering his military career, David Petraeus went on to also promote his private education as well. He did this by going to the Command and General Staff College at Fort Leavenworth, Kansas from 1982 to 1983. When he graduated from the college in 1983, he managed to receive a prestigious award for being in the top of his class at this higher learning institution. He then went on to study even further at Princeton University from 1983 to 1985 and later on to West Point from 1985 to 1987.

While getting more education for himself, David Petraeus was also going up the command ladder and became a military assistant to General John Galvin. General John Galvin was the Supreme Allied Command of Europe. He would go on from being an army assistant to serving as the operations officer for the 3rd Infantry Division’s 1st Battalion Mechanized, 30th Infantry Regiment Mechanized. In the 1980s, there was one more position, and this position was a personal assistant offer to General Carl Vuono. General Cal Vuono was the Chief of Staff for the United States Army in Washington, D.C.

In the 1990s, David Petraeus moved up in rank, and that rank was no other than lieutenant colonel after his promotion. When he left the Chief of Staff, it was to go to Fort Campbell, Kentucky. At Fort Campbell, Kentucky, he was placed in command of the 101st Airborne Division’s 3rd Battalion 187th Infantry Regiment. The 187th Infantry Regiment was known for Air Assault and nicknamed the “Iron Rakkasans” from 1991 through 1993.

Petraeus ended up having a very long association with the 187th Infantry Regiment, also known as being, the 101st Airborne Division. In 1995, he was assigned a new project, and that was as a United Nations Mission in Haiti. The mission was as Chief Operations Officer for Operation Uphold Democracy.

In the 2000s, David Petraeus became involved in the Iraq War and saw combat action for the very first time as a soldier when he did command the 101st Airborne Division in the V Corps's drive to Baghdad. Petraeus did successfully lead his division through some intense fighting in the area south of Baghdad. After the fall of Baghdad, the division made history by being the one division, which managed to have the longest of all heliborne assault ever on record. They performed this specific assault to reach Ninawa Province. The 101st Airborne Division would go on to spend much of 2003 in Ninawa Province. In 2008, he transferred his command in Iraq to another general, and that general was General Raymond T. Odierno.

Director of the CIA And Eventual Retirement From The U.S. Army

David Petraeus did enjoy a glorious military career. But eventually, good things do end, and not long before his official retirement from the U.S. Army, he was nominated by President Obama to become the new director of the CIA on April 28, 2011. Petraeus served as the director of the CIA until November 9, 2012. He retired from the U.S. Army on August 31, 2011. Petraeus had an extramarital affair that forced him to resign from the CIA. He was severely criticized for the incident, and it did develop into a scandal.