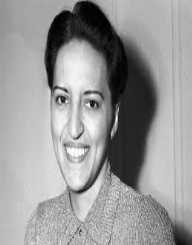 Jane Matilda Bolin was born on April 11, 1908, in New York, United States of America. She was born to Gaius C. Bolin who was a lawyer and Matilda Ingram Emery. She grew up alongside three siblings. Her father was the first African American man to graduate from Williams College. When Jane was eight years old, her mother died. Gaius practiced law in Dutchess County. He was also the first African American President of the Dutchess County Bar Association. While growing up, Jane was a member of Smith Metropolitan AME Zion Church.

Jane Bolin attended high school in Poughkeepsie, New York. She was denied a chance to enrol at Vassar College since African Americans were not accepted into the school. At the age of sixteen, she joined Wellesley College in Massachusetts where she was one of the black freshmen at the school. They were not accepted by the white students, so they decided to live off campus.

After passing the bar exams, Jane Bolin practiced with her father a bit. She later got a job with the New York City Corporation Counsel’s Office. In 1933, she married to Ralph E. Mizelle who was an attorney. Together they practised law in New York City. Her husband became a member of President Franklin Delano Roosevelt’s Black Cabinet. In 1943, Mizelle died. She later married to her second husband, Walter P. Offutt Jr. who was a minister. Offutt died in 1974.

In 1936, Jane ran unsuccessfully for the New York State Assembly seat as a Republican. On July 22, 1939, she was appointed as a judge of the Domestic Relations Court by Fiorello La Guardia who was the Mayor of New York City. She served as a judge for forty years. She retired at the age of seventy. Jane mostly worked towards ending racism and treating all persons as equal. Jane was an active activist when it came to matters of children’s rights and education.

At one point, Jane Bolin was the legal advisor of the National Council of Negro Women. She served on the boards of the National Urban League and the Child Welfare League. Jane received honorary doctorates from Williams College, Hampton University, Morgan State University, Tuskegee Institute and Western College for Women.

After Jane Bolin retired in 1979, she served on the New York State Board of Regents. She died on January 8, 2007, at the age of ninety eight in Long Island, New York. She is interred at Poughkeepsie Rural Cemetery.