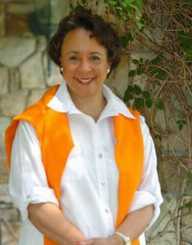 Sheila Crump Johnson was born on 25th January 1949, in McKeesport, Pennsylvania, in the United States. Her father was a neurosurgeon, and her mother was an accountant. Johnson’s parents were both talented pianists, and Sheila Crump followed in her parents’ footsteps by also becoming a talented musician. By the age of nine, she was an accomplished violinist.

Sheila Johnson studied at Proviso East High School in Illinois, and she graduated in 1966. While in high school, Johnson was the concertmaster of the Illinois All-State Choir.

She then attended the University of Illinois, gaining entry through a full scholarship to study music. During orientation week, she was assigned Robert Johnson as her mentor. Johnson would become her husband in 1969. In 1971, Johnson graduated with a bachelor’sdegree in music performance and education.

After graduation, Sheila Johnson and her husband moved to Washington, D.C. Shortly after that, she found a position teaching violin at Sidwell Friends School, a very prestigious school in the area.

Unfortunately, even though the school was prestigious, the wages were not high, and Sheila Crump began teaching private violin lessons from home to earn extra money.

Johnson’s private lessons continued to grow, and it became a successful business. When Johnson had 100 students, she left her job to concentrate on her business full-time. She traveled with her students, taking them around the world to perform.

In the meantime, her husband found an investor, John Malone, who gave them a $500,000 investment to establish their own cable TV network, called, Black Entertainment Television (BET). They established the network in 1979.

In 1989, Sheila Johnson closed her music business to work full-time on the network with her husband. She took on the management of community relations, as well as a talk show for African-American youth.

BET began to give more airtime to music videos, and Johnson became increasingly unhappy with the direction the network was taking. She felt the sexually explicit nature of the music videos was portraying the wrong example to families, and, particularly, young women.

Sheila Johnson spoke to her husband on various occasions, but her words fell on deaf ears, he wasn’t interested.

In 2000, BET was sold to Viacom for $3 billion. The Johnsons entered the top ranks of the wealthiest African-Americans in the U.S.

In 2005, Sheila Johnson founded Salamander Hospitality, a hospitality and management company. She has various properties owned by the company, including The Innisbrook Resort and Golf Club in Florida, Reunion Resort in Florida, and The Salamander Resort & Spa in Virginia.

Sheila Johnson serves as Vice Chairman of Monumental Sports & Entertainment. She has holdings in the Washington Mystics WNBA franchise, the Washington Wizards in the NBA, and the Washington Capitals in the NHL. She is the first black woman to hold ownership in three professional sports teams concurrently.

Sheila Johnson has also ventured into producing documentary films, and some of her films include A Powerful Noise (2008), and The Other City (2010).

2007:   The Library of Virginia honored Johnson as one of their “Virginia Women in History” for her contributions to society, and her career.

Sheila Johnson married Robert L. Johnson in 1969. The couple has two children, and they divorced in 2002.

In 2005, she married Arlington County Circuit Court Chief Judge William T. Newman. Ironically, Newman was the judge that processed her divorce from Sheila Crump, although she had met him some thirty years earlier.

Sheila Johnson is actively involved in various charitable causes. She is the Global Ambassador for CARE, a global organization fighting poverty.

Sheila Johnson is also Chair of the Board of Governors of Parsons the New School for Design in New York. She sits on various other boards as well.