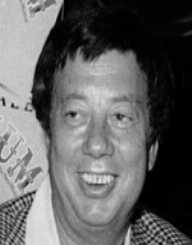 Cy Coleman was born as Seymour Kaufman 14th June 1929, in New York City, New York, in the United States. His father was a brick mason, and his mother was a landlord. Coleman studied at The High School of Music & Art in New York, and the New York College of Music. He graduated in 1948.

Coleman was known as a child prodigy, giving performances from the ages of six to nine, in major venues like Carnegie Hall.

By his late teens, Cy Coleman was performing in nightclubs and was highly sought after. He teamed up with Carolyn Leigh, a lyricist, and they wrote many songs together that were hugely popular, including, Witchcraft (1955), The Best Is Yet to Come (1959), and I’ve Got Your Number (1962).

Coleman wrote the musical score that became the Playboy After Dark theme. The show was a syndicated television show in the 1960s. The music is synonymous even today, with Playboy and its creator, Hugh Hefner. In 1960, Coleman and Leigh created Wildcat, which was his Broadway debut. It was the same production that launched the career of Lucille Ball.

In 1964, Coleman met Dorothy Fields, and the two began a collaborative partnership. Their first production was Sweet Charity, with such hits as If My Friends Could See Me Now and Big Spender. The show was a huge success, and the pair did two more shows together, before the death of Fields in 1974.

Cy Coleman continued his work through the 1970s, 80s, and 90s, producing and composing to huge success. He also wrote film scores including The Art of Love, Family Business, and Garbo Talks. He wrote six film scores, had 30 Broadway productions, and 18 albums, including two compilations.

Coleman married Shelby, and they were still together when he died in 2004. They had an adopted daughter, Lily Cye Coleman.

Coleman died on 18th November 2004. Cause of death was cardiac arrest.