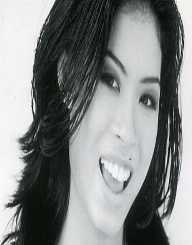 Vanessa-Mae was born on October 27th, 1978. Her place of birth was in Singapore. She is famed for being a talented violinist. Her album sales have amounted to approximately 7 million. By 2006, her popularity and album success earned her the recognition of being one of the wealthiest entertainers in the UK that is was under 30 years of age.

Vanessa-Mae was born on October 27th, in 1978. Her father was of Thai descent while her mother was Singaporean. She did not spend much time with her paternal parents as she was adopted when she was only four years old. Her foster parent was a British father who took her to London. By the time she was moving to London, she had already learned how to play the piano, and she was slowly getting to learn the violin. When Vanessa-Mae was eight years old, she dedicated her time to take lessons from Professor Lin Yao Ji. She had to travel to Beijing where she could take these lessons. Later on, she was back in London where she enrolled at Royal College of Music.

Vanessa-Mae had gained several on-screen appearances in the UK which brought fame to her side when she was still young. Her first professional work in her music field was when she featured in the Schleswig-Holstein Musik Festival which was hosted in Germany. She was only ten years old when this career turning point came to her life. The same year, she made her first concerto with Philharmonia Orchestra. She continued performing well, and by the time she was thirteen years old, she was the youngest soloist to have done a recording of Tchaikovsky and Beethoven violin concerts. This was the information that was detailed in Guinness World Records.

In 1995, she released her debut pop-style album. Two years later she featured in one of Janet Jackson’s album dubbed Velvet Rope while playing the violin for the song “Velvet Rope.” All this time, her mother acted as her manager. Nonetheless, she stopped working for her in 1999 after Vanessa-Mae fired her.

In 2006, Vanessa-Mae had gained the success that any young artist would love to be associated with. This made her the youngest UK entertainer who was below 30 years of age. This was according to the Sunday Times Rich List which was published in 2006. During this period, she her fortunes was approximated to be around £32 million.

Apart from being good with her violin, Vanessa-Mae began developing an interesting in skiing around the same time she gained an interest in playing the piano. She learned to ski before learning to play the violin. She has taken her skiing career serious and in 2014, she represented Thailand during the Winter Olympics in 2014. Here, she used the name Vanessa Vanakorn to list herself as one of the competitors. She did not perform that bad considering the fact that it is her second career. She was ranked as 67th skier out of 90 competitors.

In 2007, it was rumored that Vanessa-Mae was dating Lionel Catalan.