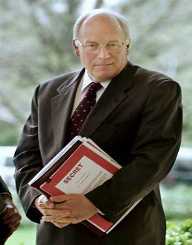 Bud Marshall Trillin is an American journalist, and humorist born in 1935. He is also a food writer, memoirist, poet, and novelist. He is best remembered for his humorous food essays. Good examples include: the American Fried published in 1974, Alice, Let's Eat in 1978 and Third Helpings in 1983. During his career, he has worked as a columnist at The Nation and as a writer in The New Yorker. He served with the US army for two years after he graduated from Yale University.

Bud Marshall Trillin was born Calvin Marshall Trillin was born on December 5th, 1935. His place of birth was Kansas City situated in Missouri in the United States. He is the son of Edythe and Abe who ran a grocery store. He mentioned that his parents loved to call him "Buddy.” This was in an autobiography he wrote entitled Messages from My Father.

Bud Marshall Trillin began his early education in public schools that were in Kansas City. After his early studies, he enrolled in Yale University for his undergraduate studies. While at the university he met with his friend to be Peter Wolf.  He participated actively in the university and was appointed the chairperson of Yale Daily News. Meanwhile, he also served at Scroll and Key and the Pundits. By 1957 he graduated from the University. He later received Fellow of the University.

Bud Marshall Trillin first served in the U.S Army for two years. After he was relieved from his duties, he joined Time magazine as a reporter. Later in 1963, he worked at The New Yorker as a writer. While working with The New Yorker, he wrote his first book titled An Education in Georgia. From 1967 he wrote a series for the magazine entitled U.S. Journal series until 1982.

Bud Marshall Trillin later became a columnist for The Nation magazine. His first column was titled Variations in 1978 which was later called Uncivil Liberties. The column ran till 1985 and later till 1996. It then ran in Time magazine but this time ran with no name till 2001. His columns at The Nation magazine included funny stories touching on the editor at the time, Victor Navasky. He would refer to him as the wily and parsimonious Navasky. He later wrote funny poems describing current events with the title "Deadline Poet." He was the first columnist to write so many stories ever.

Bud Marshall Trillin is not only a successful and prominent journalist but also an author. He has published many books during his career. Food, Family, and travel are the major themes of his stories.  His first book on food was the American Fried published in 1974. Later the book Alice, Let's Eat was released in 1978 and Third Helpings in 1983. The books became part of 1994 compendium collections titled The Tummy Trilogy.

Bud Marshall Trillin also wrote autobiographies describing his personal experiences in life.  His best autobiographies include Family Man and Messages from My Father. While working with the New Yorker, he wrote an essay "Alice, Off the Page" and later About Alice which was published in 2006. In these essays, he described the life of his late wife.

Some of the short stories Trillin wrote include the 1969 Barnett Frummer Is An Unbloomed Flower. Later in 1977 Runestruck was published, Floater in 1980 and the 2001 Tepper Isn’t Going Out.

In 2008 his essay, Stranger with a Camera, was selected to be among the collections of The Library of America.

In 2012 Bud Marshall Trillin was honored with the Thurber Prize for American Humor. This was for his work Quite Enough of Calvin Trillin: Forty Years of Funny Stuff.

He was appointed among the members of the New York Writers Hall of Fame in 2013.

Bud Marshall Trillin tied the knot with Alice Stewart in 1965. She was a writer and educator. The couple was blessed with two daughters. In 2001, Alice passed away.