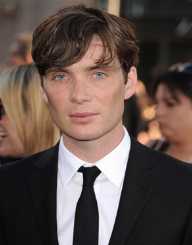 There are two kinds of Hollywood actors. One who are famous because of their looks, and the second who do have the looks but are more well-known for their superb acting skills. Cillian Murphy is, without a doubt, from the second category. He is one of the most talented actors of the new wave of stars.

Cillian Murphy has several popular films like 28 days later, Inception, Transcendence, and Breakfast on Pluto to his credit. Famous for his blue eyes, Cillian Murphy has established himself as a solid performer in the acting industry, and even though he doesn’t get lead roles too often, his performances leave their mark upon the audience

Cillian Murphy was born on May 25, 1976, in Douglas, Cork, Republic of Ireland. He was inspired into acting after watching a play that showed him the power with which actors can move the emotions of the crowd.

Cillian Murphy started early in his acting career. Before that, he tried his luck as a rock musician. He did not have much success and turned his attention to full time acting. His blue eyes were an added benefit to the solid acting performances he delivered. However, Cillian Murphy had little to moderate success in his acting career. His breakthrough role came when he was cast in the film 28 Days Later.

This marked a shift in his acting career towards mainstream roles which he continued to get with his epic acting displays.

After getting a launch into Hollywood, Cillian Murphy impressed with every role he took upon. In 2005, he was given a role in the film Batman Begins. He did not disappoint. When another Batman movie, The Dark Knight Rises came, Murphy was cast into the role of Scarecrow.

In the movie Breakfast on Pluto, Murphy successfully played the role of a transvestite cabaret singer. One of his most famous characters had him play both husband and wife in a movie.

In 2006, Cillian Murphy took his attention to stage acting and was cast in John Kolvenbach’s play Love song.

Cillian Murphy played an astronaut-physicist in the 2007 movie titled Sunshine. More work followed, and he was cast in The Dark Knight, and the thriller film Peacock. In 2010, Cillian Murphy was cast in Inception, a ground-breaking film. He also appeared in the film, In Time, starring Justin Timberlake.

In 2013, Murphy played the lead role in Peaky Blinders. Along with Chris Hemsworth, he starred in the 2015 movie, Into the Heart of the Sea.

Cillian Murphy married Yvonne McGuinness in 2004. The couple has two sons Carrick and Malachy. They live in Monktown, County Dublin. Murphy is an atheist and doesn’t like to talk much about his private life in the media. Although he is friends with many Hollywood actors, he likes to keep a low profile.

Cillian Murphy holds music very dear to him. He likes to run. For a major part of his life, Murphy was a vegetarian. He considers himself to be an atheist.