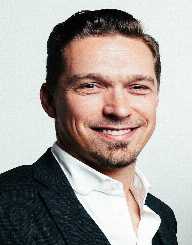 American musician and singer Clarke Isaac Hanson was born on the 17 November 1980 in Tulsa, Oklahoma to Walker and Diana Hanson. He has two brothers Taylor and Zac.

Isaac Hanson and his brothers were homeschooled.

From a young age, the three brothers were interested in music. They formed a band, called the Hanson Brothers when they were still preteens: Isaac was 11, Taylor was 9 and Zak only seven years of age. They began appearing at local venues and shows and eventually hey won a recording contract. They played professionally for the first time at the Mayfest Arts Festival, Tulsa in 1992.

Early albums include Boomerang (1995) and MMMBop (1996). They were signed by Mercury Records and their first album with the label was Middle of Nowhere (1997). By this time, the name of the band had changed from Hanson Brothers to simply Hanson. In 1997, father of the three musicians, Walker Hanson, gave up his employment to tour with his sons.

Middle of Nowhere was a runaway success and sold millions of copies, and the band had a massive hit with it the song MMMBop. A second album, Snowed, followed as well as a documentary entitled Tulsa, Tokyo and the Middle of Nowhere.

The band began touring, attracting young audiences across the United States. Their second studio album was This Time Around suffered from weak sales and their record label decided not to continue funding the tour promoting it.

Isaac Hanson continued the 2000 tour,  paying costs themselves. The brothers left Island Def Jam Records and formed their record label entitled 3CG Records. They continued recording and touring and their 2004 album, Underneath debuted at No one on Billboard Top Independent Albums. Other albums include The Walk (2007), Middle of Nowhere Acoustic (2007), Shout It Out (2010), Anthem (2013) and Finally It’ Christmas (2017).

In 2007, aged 26, Isaac Hanson underwent life-saving surgery for a pulmonary embolism. He fell ill after a performance at the Dallas House of Blues.