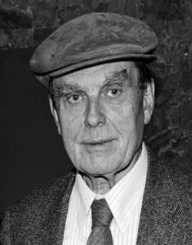 Oscar Milosz was a French Lithuanian poet who manifested his literary career through poems, novels and plays. He was also a French diplomat who represented Lithuania at the League of actions. Remarkably, he is well-known for translating a collection of poems and essays from Lithuanian into English. His lyrics were visionary, concerned with love and loneliness. As a prominent figure in French poetry, he tried to integrate mystical writings of Kaballah and Hermetic sciences into Christian metaphysics.

Oscar Milosz was born on May 28, 1877, at Careja near Mogilev in present-day Belarus, to parents Vladislas de Lubicz Milosz and Marie Rosalie Rosenthal. His father was a former officer in the Russian army while his mother was a Polish Jew from Warsaw and the couple married when he was 17. Additionally, he got baptized on July 2, 1886, at the St. Alexander’s church in Warsaw.

Later in 1889, Milosz was sent to a secondary school at the Lycee Janson de Sailly in Paris. After finishing his education at Lycee, he enrolled at Ecole des Langues Orientales where he studied Hebrew and Syriac.

Oscar Milosz started writing Novels in 1894 while exploring arctic circles where he met Oscar Wilde and Jean Moreas. Milosz loved traveling in Europe and North Africa. These tours exposed him to many different kinds of literature. As an excellent Linguist, he was fluent in German, English, Polish, Spanish and could read Latin and Hebrew. Despite this, he chose to write his works in French and 1899; he published his first poem ‘Le Poeme des Decadences.'

Later on, the publication was followed by ‘Les Sept Solitudes’ published in 1906 with the help of Nicolas Beaudin. Later in 1910, he published a novel ‘L’Amoureuse Initiation,.’’ and a year later he published a poem which highlights his younger and darker writing style ‘Les Elemen.'

His poetry became more hermetic and mature and involved Catholic meditative practices. In 1913, Oscar Milosz published a play ‘Miguel Manara: Mystere en six tableaux.'In 1914, he studied the writings of Emanuel Swedenborg intensively and begun studying alchemy which made his poetry unique and structured.

During the first World War in 1916, he was recruited to the French Navy and was assigned to the press corps. Despite the war, he continued publishing smaller poems such as ‘Poemes’ (1915), ‘Epitre a Storge’ (1917) and ‘Adramandoni’ a collection of six songs in 1918.

By the end of the war, Oscar Milosz identified himself with Lithuania, and after the Russian Revolution, France recognized Independence of Lithuania, and he was officially appointed as the ‘Charge d’Affaires for the new state in 1920. During this period, he also focused on plays such as ‘Mephisobeth” published in 1919 and essays such as ‘La Confession de Lemuel’ in 1922 though his writings never sold well.

In 1924 Oscar published a philosophy ‘Ars Magna’ followed by poem ‘Les Arcanes’ in years 1926-1927. He also started translating works from Lithuanian into English such as; in 1928, he translated 26 Lithuanian songs into English and in years 1930-1933 he brought Lithuanian tales and stories.

In 1930 he published a collection of folk tales ‘Contes et Fabliaux de la Vieille Lithuanie’ and ‘Contes lithuainies de ma Mere I’Oye’ and translated them into English. He became a French citizen in 1931 and earned the award ‘Legion d’honneur’. In 1937, he published ‘The origin of the Lithuanian Nation’ in which he tried to persuade readers from Lithuania have the same origin as the Jews.

In 1910, Oscar Milosz published his only novel ‘L’Amoureuse Initiation’ a story about jealousy and passion of an 18-year-old man growing in Venice. He is also well known for his philosophy essay ‘Ars Magna’ published in 1924. Later in 1927, he became famous for his metaphysical and cosmological work in ‘Les Arcana’ a collection of 106 verses. In 1933, he released his final and single poem, ‘Psalm of the Morning Star.’

Oscar Milosz was appointed as Charge d’Affaires for the newly Independent Lithuania in 1920 shortly after the end of World War I. In 1931, he was awarded ‘Legion d’honneur’ and became a French Citizen.

In 1966, a group named ‘Les Amis de Milosz Poet Society’ added a plaque at Fontainebleau where he died, and gathers there for his death anniversary to date. In 1985, Christopher Barford using Lindisfarne Press published his first volume of his work ‘The Nobel Traveller: The Life and Writings of Oscar Milosz’ which are a collection of poetry and essays that were translated by Milosz.

In 1993, David Gascoyne translated his poems and reprinted them in Selected Verse Translations using the Enitharmon Press in 1966. Later in 2004, his songs were compiled into ‘Books of Silence’ by composer Latvian Andris Dzenitis.

Oscar Milosz never married and had no children. He was a distant cousin to Czeslaw Milosz, a polish writer, and winner of Nobel Prize in 1980. Paul Fort, a French symbolist poet, was a fan of Milosz helped him gain his popularity by reviewing his published works positively. In 1916, while studying alchemy and Christian meditation, he predicted the end of the world in the year 1944.

While battling cancer, Oscar Milosz died of heart attack at the age of 61 on March 2, 1939, in his house in Fontainebleau.