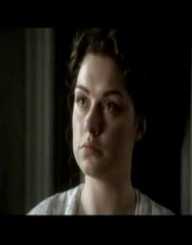 Elizabeth Gaskell was one of the leading British novelist and short story writer in the 19th century. She became famous for her ghost stories that were published by Charles Dickens in his magazine 'Household Words.' Additionally, Elizabeth based her novels on social observations of the lives of Victorian society including the poor and the underprivileged. She published the first biography of her friend and writer, Charlotte Bronte in 1857 which earned her more fame. Some of her best-known novels include; ‘Mary Barton’ (1848), ‘North and South’ (1854-1855) and ‘Wives and Daughters’ (1865).

Elizabeth Gaskell was born to parents William Stevenson and Elizabeth Holland in Chelsea on September 29, 1810. Her other siblings died during infancy, leaving her with one brother, John. Her father William was a minister at Failsworth but resigned on conscientious grounds and moved back to London on 1806. His wife, Elizabeth, was from a family connected to prominent Unitarian families. However, she died 13 months after giving birth to Elizabeth.

Her father unable to cope with pressures of bringing up a child sent her to live with her mother’s sister, Hannah Lumb. At her aunt’s house, she had no personal wealth or secure home and spent years without seeing her father who remarried in 1814. Her brother John, on the other hand, joined Merchant Navy and unfortunately went missing in 1827 on an expedition to India.

Elizabeth Gaskell attended Miss Byerlys at Barford House from 1821-1826 and afterward received a traditional education in arts, classics, dignity, and propriety. Her father encouraged her in studies and writing, and her aunt gave her classics to read. Her brother, John also sent her modern books and descriptions of his life at sea and experiences abroad.

In March 1835 Elizabeth Gaskell started documenting the development of her daughter Marianne in a diary and later her relations with her sister. Remarkably, together with her husband, she co-authored the novel, 'Sketches among the Poor’ in 1836 published later in January 1837 in Blackwood’s Magazine.

Later in 1840, William Howitt published ‘Visits to Remarkable places’ containing her first work written and issued by her; ‘Clopton Hall by A lady.' Elizabeth published her first short story in 1847 as ‘Libbie Marsh’s Three Eras’ in Howitt's Journal under the pseudonym ‘Cotton Mather Mills.' Her second story was printed under the pseudonym ‘The Sexton’s Hero’ and published it in 1848.

Elizabeth Gaskell started writing her first novel after the loss of her only son ‘Mary Barton’ released in October 1848.This book brought her enormous success and praises, selling thousands of copies. In 1850, she met poets, patrons of literature and writers such as Charles Dickens, John Ruskin, and Lord Houghton as well as American writers such as Harriet Beecher Stowe and had a close friendship with Charlotte Bronte.

This social circle creatively stimulated her, and in the same year, most of her works such as ‘Cranford,' ‘North and South’ her novella ‘My Lady Ludlow’ and short stories got published in Dickens’s journal ‘Household Words.' In 1853, Elizabeth Gaskell wrote a novel ‘Ruth’ about a poor orphanage girl she had met in prison. This book explores whether a fallen woman can be re-integrated into respectable society.

In 1857, she published a biography ‘The Life of Charlotte Bronte’ which was a request made by Charlotte father Patrick Bronte after his death in 1855.The popularity of Bronte’s work helped Elizabeth in her career. In 1863, she published ‘Sylvia’s Lovers’ and her novella ‘Cousin Phyllis’ which was serialised in ‘The Cornhill Magazine’ from November to February 1864. Her last novel ‘Wives and Daughters’ was also serialised from August 1864 in ‘The Cornhill’ and was published early 1866 in the United States and ten years later in Britain.

Elizabeth Gaskell is well known for her first novel ‘Mary Barton’ where she depicted the miserable living conditions of the working class. The story is also set in Manchester City in years 1839-1842 and also deals with problems faced by Victorian lower class. These two settings created some controversy.

Manchester has created an award in Elizabeth Gaskell’s name to recognise women’s involvement in charitable works and improvement of their lives. On September 25, 2010, a memorial to Elizabeth Gaskell got dedicated to Poets’ Corner in Westminster Abbey.

On August 1832, Elizabeth Gaskell married a Unitarian minister, William Gaskell. As a couple, they settled in Manchester where William served as a minister for a Unitarian Chapel. The couple had six children. They had a stillborn in 1833 and their son, William died in infancy. Other kids were Marianne (1834), Margaret Emily (1837), Florence Elizabeth (1842) and Julia Bradford (1846). The death of her only son, William, prompted her to write her first novel.

Elizabeth Gaskell died of heart attack, at the age of 55, on November 12, 1865, while visiting a house she had purchased in Hampshire.