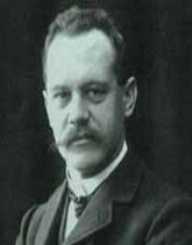 One amongst the pioneering figures behind atomic and quantum physics Arnold Sommerfeld was born on 5th December 1868, in the city of Königsberg in East Prussia. The German Physicist was born to a medical practitioner named Franz Sommerfeld and Cäcile Matthias. Arnold’s father belonged to an affluent and influential family of Germany.

Arnold Sommerfeld completed his formative education from the Altstädtisches Gymnasium in 1886 and after that got enrolled at the University of Königsberg where he studied mathematics and physical sciences. During his schooldays, Arnold got acquainted with German physicist Wilhelm Wien and German mathematician Hermann Minkowski who were his seniors in school. At the University, Arnold was guided by expert mathematicians like Adolf Hurwitz and David Hilbert.

Taking advice from renowned mathematician Ferdinand von Lindemann, he wrote a thesis titled ‘Die willkürlichen Functionen in der, mathematischen Physik’ which revolved around the concept of Eigen functions and partial differential equations. Subsequently, the 22-year-old budding mathematician was awarded his doctorate in the year 1891.

After becoming a Ph.D. holder, Arnold Sommerfeld continued to work at the University for completing his teaching diploma course. After passing the examinations with flying colors, Arnold joined the military in 1892 and completed the mandatory military service at the reserve regiment in Königsberg in September 1893. He served in the military voluntarily for the next eight years in the eight-week military service program.

In 1893, Arnold Sommerfeld moved to Göttingen, a city in Germany which was considered as ‘the core of mathematical development.’ Many famous mathematical brains resided in the town at that time. For his survival in the city, he took up the job of an assistant at the Mineralogical Institute. He served as the assistant of mineralogist Theodor Liebisch.

During his stay in Göttingen, Arnold Sommerfeld got a chance to meet the highly acclaimed mathematician Felix Klein and subsequently secured an apprenticeship under Klein. Under the tutelage of Klein, Arnold developed the ‘mathematical theory of diffraction.’ Continuing his research and adding more information to the ‘mathematical theory of diffraction,’ Arnold submitted his thesis titled ‘Habilitationsschrift.’ In 1895, his thesis helped him win the highest academic honour named ‘Privatdozent.’ This honour enabled him to teach at the University level.

In 1896, Arnold Sommerfeld and his mentor Klein started writing on rotating bodies and consequently, their 13-year-long partnership produced the four-volume book titled ‘Die Theorie des Kreisels.’ The first two volumes of the book was a compilation of their writings which discussed the theory of rotating bodies and the next two volumes explored the application of mathematical theory to different subjects like geophysics, technology, and astronomy.

In October 1987, Arnold Sommerfeld was appointed as a mathematics professor at the Bergakademie in Clausthal-Zellerfeld. Though this position was not of much interest for Sommerfeld, he continued with the job as it helped him earn a fair livelihood. From Clausthal, he continued to keep in touch with Klein. In 1900, with the help of Klein, Sommerfeld bagged the position of extraordinarius professor at the department of mechanics in RWTH Aachen University (previously known as Königliche Technische Hochschule Aachen).

In 1901, on the insistence of Felix Klein, Arnold Sommerfeld teamed up with other expert mathematicians and took up the responsibility of editing the fifth volume of 'Mathematical Encyclopaedia’ (Encyklopädie der mathematischen Wissenschaften). After that, Arnold relocated to Munich in 1906 and was selected as the ordinarius professor of physics at the University of Munich. He was also appointed as the Director of the Theoretical Physics Institute. The newly established institute was affiliated to the University, and his appointment was recommended by Wilhelm Röntgen, the Director of Physics Institute at Munich.

The mathematical genius continued his research in diverse fields and concentrated on finding proof to the X-ray wave theory which said that X-rays were originally waves that used crystals as means of diffraction. Simultaneously, through his research, he also attempted to derive the mathematical proof of Albert Einstein’s theory of relativity.

Arnold Sommerfeld’s most notable contribution to the field of science was Quantum theory. He began working in this direction in the year 1911, and the outcome of his research was the finding that electrons revolved around the nucleus in elliptical orbits instead of circular orbits. This slight modification in the Bohr’s atomic model indicated the beginning of a new era in physics.

In the years 1915 and 1916 consecutively, Arnold Sommerfeld established the ‘Sommerfeld–Wilson quantization rules’ and the ‘Sommerfeld Fine-structure constant.’ The concept of ‘Magnetic Quantum Number’ was put forward by Sommerfeld in 1916. After a gap of four years, he devised the ‘Inner Quantum Number.’ Collaborating with contemporary physicist Walther Kossel in 1919, Sommerfeld derived the Sommerfeld–Kossel displacement law.

In 1918, Sommerfeld bagged the honor of being the Chairman of world’s leading largest organization of physicists named Deutsche Physikalische Gesellschaft. After taking up the responsibility of a Chairman, Sommerfeld began publication of a new journal. Two years later, he created another journal titled ‘Zeitschrift für Physik’ which featured research work of upcoming scientists. In 1927, he refined the ‘Paul Drude model’ with the help of applied statistical mechanics. The refined version was subsequently named as ‘Drude-Sommerfeld model.’

On April 1, 1935, Arnold Sommerfeld was bestowed with the prestigious title of emeritus professor at the University of Munich. In between the years 1943 to 1950, he also wrote many books.

1. Arnold Sommerfeld was a world-renowned physicist, and for his contributions to the field of science, he was conferred with many prestigious awards including the ‘Max-Planck Medal,’ the ‘Oersted Medal’ and the ‘Lorentz Medal.’

During his stay in Göttingen, Arnold Sommerfeld met Johanna Höpfner and eventually married her after finding a suitable job in Clausthal. They had four children together. In 1951, a casual stroll with his grandchildren proved fatal for him as he suffered grave injuries in a road accident. He succumbed to his injuries and passed away on 26 April 1951.