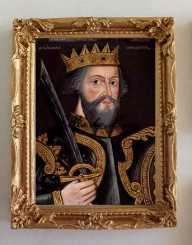 William I was privately educated, and when he turned 12, he became an officer in the Franco-Prussian Army.

William I entered the army in 1814 and fought in the Napoleonic Wars. He rose to the rank of captain and won the Iron Cross for bravery.

After victory in the Franco-Prussian War (19 July 1870 – 28 January 1871), William became Kaiser William I of the united German state. He was responsible for appointing Ott von Bismarck as the Minister President, and with his assistance, William I modernised Germany into a military and economic powerhouse in Europe.