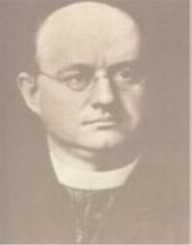 Jozef Murgaš was a Roman Catholic priest, painter, architect and botanist.  He is best remembered for his wireless telegraphy discovery. He also helped in establishing mobile communications. Among his major works was the successful 20 miles radio transmission between Scranton, Pennsylvania, and Wilkes-Barre. Wilkes-Barre is where Jozef Murgaš lived most of his life. During this time, Slovak immigrants sought refuge from him. Many churches came into being following his leadership, and so did schools, cemeteries, libraries, and playgrounds. He was among the founders of the Saints Cyril and Methodius community. He also helped in establishing the Slovak Catholic Federation.

Jozef Murgaš was born on 17 February 1864. His place of birth was in Tajov in Austrian Empire (currently called Slovakia). He was the son of Zuzana and her husband, Ján Murgaš.  His talent in painting and passion for science developed at a young age.

Jozef Murgaš began schooling at a grammar school situated in Tajov. After that, he enrolled in Banská Bystrica for his high school education.

After high school, he chose to become a priest since his parents could not pay for his further education. He took theology classes at Prešporok from 1880 for two years. In 1882, he furthered his theology studies in Esztergom till1884. Later in 1888, he graduated from Banska Bystrica.

In 1888, soon after his graduation, Jozef Murgaš was ordained. He then began his career initially as a curate. He also practiced his talent in painting during this time. This caught the attention of a Slovak painter known as Dominik Skutecký.

Dominik Skutecký persuaded Murgaš to join a school of arts. That is when he enrolled in a painting school situated in Budapest from 1889. In 1890 he furthered his painting knowledge at Munich till 1893. In 1896, Jozef Murgaš was forced to move to America. This was following accusations that he was involved in Pan-Slavism. While in America, he settled in a small village in Pennsylvania known as Wilkes-Barre.

While living in Wilkes-Barre, he established his laboratory. This is where he conducted his researches on radiotelegraphy. This led to his discovery of wireless telegraphy. By 1904, this discovery also led to the Musical Tone System which enabled an even faster transmission.

In 1905, Jozef Murgaš successfully made it possible for radio transmissions over 20 miles between Wilkes Barre and Scranton. He also came up with several other patents like Electric Transformers, Wave Meter, and Magnetic waves detector among others. However, all his developments came to an end when the Second World War broke out. This was because all private radiotelegraphy stations were prohibited.

In 1920, he rejoined Slovakia where he became a high school electro technology teacher. After a while, he clashed with Prague’s Ministry of Education and was forced to quit his teaching job. Four months later, he went back to Wilkes-Barre.

Jozef Murgaš took his last breath on May 11th, 1929 following a heart attack. He was 65 years old at the time of his death which took place in Wilkes Barre, Pennsylvania in the USA. He was laid to rest in the Sacred Heart Cemetery located in Pennsylvania.  The Jozef Murgaš Award was named after him.