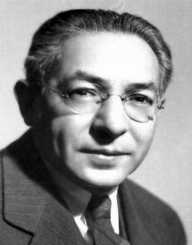 Isidor Isaac Rabi was born on July 29, 1898. He was an American physicist. He won the Nobel Prize in Physics for the development of a method by which the magnetic moments, the spin and magnetic characteristics of atomic nuclei, could be measured. The measurement technique led to the development of the Magnetic Resonance Imaging (MRI).

Isidor Isaac Rabi was born on July 29, 1898, in Rymanow in Poland. He was born to David Rabi who was a tailor and Janet Teig. He was brought up alongside his sister, Gertrude. In 1899, his family immigrated to the United States and settled in Brownsville, Brooklyn. He attended Manual Training High School in Brooklyn. Rabi later got a scholarship and joined the Cornell University in Ithaca, New York. At the college, he studied electrical engineering, but he later shifted to chemistry. In 1919, he graduated with a BS in chemistry from the University. In 1922, he went back to Cornell University where he continued studying chemistry until 1923. He later joined Columbia University where he was a graduate student in physics.

In 1926, he submitted his dissertation on how to develop a simple method of taking measurements. In 1927, Rabi obtained his Ph.D. from Columbia University. While working as a postgraduate worker in Europe, he met Erwin Schrödinger, Wolfgang Pauli, and Niels Bohr. During the time he was working with Pauli in Germany, he carried out an experiment on the deflection of beam articles at Otto Stern’s molecular laboratory using the Rabi Field, and the experiment was a success. In 1929, he received an offer to become a lecturer at Columbia University.

In 1929, Rabi began his career as a lecturer in theoretical physics at the Columbia University, a post he held up to 1937. In 1933, he was able to measure the nuclear spin of sodium in collaboration with Victor Cohen who was his graduate student with the use of their molecular beam apparatus. In 1936, he carried out an experiment on proton and deuteron. His experiment led him to reduce uncertainty in their magnetic moments drastically. In 1937, he was appointed a professor of theoretical physics at the university. Rabi held the post until 1940. In 1939, he was able to make the discovery of the nuclear quadrupole moment and the magnetic resonance method for the measurement of magnetic instances of atoms. In 1940, he became the head of the Radiation Laboratory Research Division of the Massachusetts Institute of Technology, a post that he held up to 1945.

In 1942, Rabi was awarded the Eliot Cresson Medal from the Franklin Institute. In 1944, he received the Nobel Prize in Physics. In 1948, he received the Congressional Order of Merit and the King’s Medal for Service in the Cause of Freedom. In 1967, he received the Atoms for Peace Award and the Niels Bohr Gold Medal. He received honorary doctorates from the universities of Birmingham, Harvard, and Princeton.

In 1926, he married Helen Newmark with whom he had two daughters, Margaret and Nancy. Rabi died on January 11, 1988, in New York City. He died at the age of eighty nine.