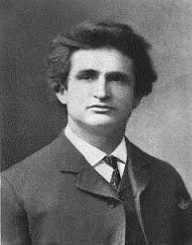 Bernarr Macfadden was an American figure that popularized bodybuilding paired health and nutrition theories that have no scientific basis. Aside from bodybuilding, he also established Macfadden Publications, one of the longest running magazine publications. Macfadden is credited as the pioneer of health and fitness culture in America. He was dubbed by Time magazine as “Body Love Macfadden” much to his annoyance.

Bernarr Macfadden died on October 12, 1955, at New Jersey due to a urinary tract infection of which he refused to seek medical help. He was aged 87 at the time of his death, and his remains were interred at Woodlawn Cemetery in New York City.

Macfadden married four women in the course of his life. Among his wives is Mary Williamson. He met Williamson when she won a contest sponsored by Macfadden in England which sought the perfect womanhood.

Together, the two had eight children named Helen, Byrne, Byrnece, Beaulah, Beverly, Brewster, Berwyn, and the youngest named Braunda. However, their marriage did not last long, and the couple ended up separating in 1932 with their divorce being finalized 14 years later in 1946.

Born on August 16, 1868, as Bernard Adolphus Macfadden in Mill Spring, Missouri, he was orphaned at an early age. As a young boy, he was frail and sickly until he was taken in by a local farmer.

From there, he started working at the farm and took wholesome food, which significantly improved his health tremendously transforming him from a sickly boy to a fit and strong one. Two years later, he took a desk job which prompted his relocation to St. Louis at the age of 13.

This desk job ended up turning his physical condition back to its sickly state. He decided to return to his physically fit state and started exercising and became a vegetarian. His hard work paid off, and he soon regained his physical fitness.

The Establishment of Macfadden Publications and Health Advocacy

In 1899, Bernarr Macfadden established his first publication, a magazine entitled Physical Culture. He worked as the editor of Physical Culture for 13 years from its establishment until 1912. From here, he expanded the company into a publishing empire with the help of Fulton Oursler, his long-time supervising editor. Some of the magazines involved in this expansion include True Detective, True Romances, Liberty, True Story, Ghost Stories, and the local tabloid newspaper called The New York Graphic, to name a few.

With a burning passion for physical fitness, he also sought various health practices. One of these practices is fasting. Macfadden believed that fasting was one of the surest ways to a great physical state. Back then, it was much disapproved since it was linked to anorexia nervosa, a mental illness.

Despite this attachment to the practice, he was not discouraged and continued to believe in this practice. He also saw sexual intercourse as a form of proactive exercise, which was not well thought of by the general audiences.

Bernarr Macfadden also founded the “healthatoriums,” which offered on its curriculum physical culture training. These healthatoriums were located and established on the Midwestern and eastern states. About this, he attempted to create a Physical Culture City located in Middlesex County, New Jersey, but this so-called city soon faded out and became a vacation-cabin area.

Unfazed, he continued establishing health schools. He successfully founded two boarding schools for boys and girls the Macfadden School located in Westchester County, New York which operated from 1939 to 1950, and the Tarrytown School located in Tarrytown that ran from 1943 until 1954.