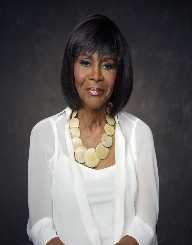 Cicely Tyson is an American film actress and fashion model, with a film career spanning over six decades.

Cicely Tyson was born in Harlem, New York on December 19, 1924. Her parents William Augustine and Frederica Theodosia Tyson were from Saint Kitts and Nevis in the Caribbean. She grew up in Harlem and went to Charles Evans High School. In 1951, she graduated from the Manhattan-based high school. She was employed as a secretary at the American Red Cross Society. Tyson left her employment to pursue a career in modeling.

She enlisted at the Barbara Watson Modeling School to study fashion modeling. She was spotted by a fashion photographer working for the Ebony Magazine. She was given a modeling job at Ebony. Tyson turned professional in her dream career. She quickly earned a reputation with her looks and charisma within the industry. Despite her joy in pursuing her dream, Tyson often fought with her mother over modeling. Her mother loathed modeling as a sinful path for her daughter. Tyson eventually left her parents’ home.

Tyson started acting while in high school. She played a minor supporting role in the 1951 NBC television series Frontiers of Faith. She earned her first film role in 1956. She played a significant role in the film Carib Gold. She appeared again in the 1961 Broadway play, The Blacks. The play was a commercial and staged over 1,000 performances. The play recorded the longest performances in the history of Broadway.

Tyson played several guest appearances on the television screen for two years. In 1963 she got her first major role in the film industry. She played a leading role in a television series East Side/West Side on CBS television station. She appeared in 26 episodes in the well-received show. After the show, Tyson became a celebrated African American actress. In 1965, she did minor roles in two successive acts titled Slattery’s People and the second one I Spy. She landed a major role in 1966 in the television soap opera Guiding Light.

She slowly progressed in the film industry with films like Odds against Tomorrow produced in 1958, the Last Man Angry produced in 1959, A Man Called Adam produced in 1966, and the 1968 film the Comedians. She played the leading role of Portia in the 1968 film the Heart is a Lonely Hunter. The film was a commercially successful venture. She returned to the television set with series like Cowboy in Africa, Medical Center, The FBI, Bill Cosby, Gunsmoke, and Mission Impossible.

In 1972, Tyson got her dream role in the film titled Sounder. She played the role of Rebecca Morgan. Tyson got several film award nominations for the first time in her career. She won three out of the five nominations for Best Actress category. Two years later, she appeared in a television series The Autobiography of Miss Jane Pittman. Tyson won two of the three nominations as the best actress. She earned other nominations in her roles in the films like Roots in 1977. She played the role Binta. She was nominated for an award for her role in the 1978 film King. Tyson was nominated for an award in 1981 for playing the role of Marva Collins in the film The Marva Collins Story.

She continued swinging from television to film productions throughout the 1980s and 1990s. Tyson starred in films like Bustin’ Loose, the 1991 production Fried Green Tomatoes, and Hoodlum. In the television productions, Tyson cast in Acceptable Risks, The Women of Brewster Place, and Heat Wave. She broke new grounds with her role as Castralia. Castralia was a 101-year-old housemaid and former slave. Tyson was acclaimed for her Castralia role in the television series The Oldest Living Confederate Widow Tell All. She won a nomination for her role. Tyson was nominated for an award for her role in the series Sweet Justice in 1994.

In the 2000s, Tyson featured in with notables being the 2002 role in the Rosa Parks Story film. In 2009 she was nominated for her role in the film Relative Stranger.  She continued her groundbreaking acting in the following years. In 2011 she starred in the film The Help. Tyson Jefferson. She played the role of Constantine. She won 9 of the 13 nominations. The film got over USD 216 million in revenues.

Tyson ended her film career and returned to Broadway. She continues taking roles and directing theater plays for young actors.

In her illustrious career in film and television, Tyson won several Emmy Awards. She was honored by the NAACP. In 1988, she received an award from the National Coalition of 100 Black women. In November 2016, Tyson received her most coveted prize. The then US President Obama gave her the Presidential Medal of Freedom.

She married jazz musician Miles Davis in November 1981 and divorced in 1988. The Cecily Tyson School of Performing Arts in New Jersey is named after her. She continues to support artists in the school. Tyson started a performing arts center in New York called the Dance Theater of Harlem.