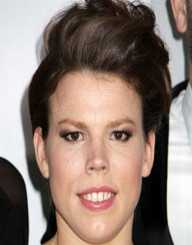 Caitlin Cahow was born on May 20th, in 1985. She is a renowned American ice hockey competitor. Cahow is a retired member of the U.S. women’s ice hockey team. At some point in her career, she also played for the Boston Blades while competing at the Canadian ice hockey league.

Caitlin Kinder Cahow was born on May 20th, in 1985. Her parents named her after the famous figure skater called Caitlin Carruthers. Her place of birth was in New Haven, Connecticut. Her mother is called Barbara Kinder. On the other hand, her father was named Elton.

After that, Caitlin Cahow went along and studied at Harvard University. She completed her studies from the university in 2008. She took home a bachelor’s degree in anthropology.

While studying at Harvard, she became a member of the team that played for the United States. With time, Caitlin Cahow went ahead and competed at the Western Women’s Hockey League (WWHL). She teamed up with Minnesota Whitecaps in the WWHL league where she emerged as the best defenseman.

Due to her remarkable skills, she bagged home three gold medals while competing at the world championships. Similarly, she is also a two-time Olympic medalist.

Caitlin Cahow has two male siblings namely Christian and Garret. With regards to her romantic relationships, she is a lesbian.