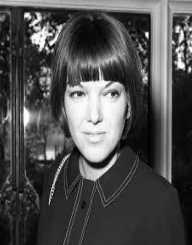 Mary Quant was born on February 11, 1934, in London, England. Her parents were Mary and Jack Quant.

As a child and teenager, the Quant family moved around often, in part because of the havoc caused by World War II. Because of this, Mary Quant attended several different schools in her youth. One of the schools she attended was the Blackheath High School. Quant later attended the Art Education at Goldsmiths College. She had earned a scholarship for the school, as she was very creative and had great grades in high school. She later graduated from the school with a degree in art education.

One of Quant’s first jobs after she finished college was working at the store, Erik. Here, Mary Quant worked as a clothing designer. The job did not pay much, and she left to start her own business with two friends, Archie McNair and Alexander Plunket-Greene, who had gone to college with her. The three named their new store, the Bazaar. The shop opened in 1955. The store focused on selling colorful clothing for both men and women. Some of the best-selling clothing items were miniskirts and shirts with fun patterns on them. Quant and her business partners designed many of the clothes themselves.

In just a few years, the Bazaar, and the clothes that were designed for it were a hit. The Bazaar opened up its second store in 1961. The designs were quickly shipped to other stores all over the world. They first started to ship to the United States in 1963, and throughout the rest of the world later on in the 1960’s. They were sold in the most fashionable cities in Europe, like Paris and London. The Bazaar shop single-handedly started a new wave in fashion. It can be argued that Mary Quant and her store were most popular in the 1960’s into the early 1970’s.

In the 1970’s, the brand grew even more. The store started to tell make-up, accessories, and even household goods! Mary Quant later had a whole company just for her make-up, which she called Mary Quant Ltd. She worked both with this company and designing fashion until 2000 when the cosmetics company was bought from her.

Throughout her time in the prime of fashion and afterward, Mary Quant published several books, much autobiographical. Some of her most famous books are listed below.

Mary Quant was awarded the first ever Dress of the Year Award in 1963.

She was inducted into the British Fashion Council Hall of Fame in 1990.

She is also a member of the Chartered Society of Designers and the Royal Designers for Industry.