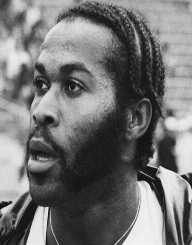 Evansis an English actor, writer, singer, stand-up comedian and a musician. Born on February 25, 1947, his “Roadrunner” tour made him one of British famous stand-up comedian. The tour gross more than £12.9 million. His Big tour– Live at the O2, was highly successful producing the highest-selling Christmas DVD in the United Kingdom in 2008 until 2014 when he broke his own record with the Monster Tour DVD in 2014.

As an actor, Lee has appeared in numerous films including The Fifth Element, There’s Something About Mary, The Medallion, and Freeze Frame in 2004. His entrance into the cinemawith Jerry Lewis’s comedy Funny Bones in 1995 earned him the Best Actor Award at the Paris Film Festival. Lee also has a Perrier Comedy Award and Time Out Comedy Awards. Lee is also a talented musician in his own right and plays almost all the musical instrument.

Evans Lee was born on February 25, 1947, at Avonmouth, Bristol, to Shirley Hunt and Dave Evans a nightclub performer. His mother is an Irish and father a Welsh. The family relocated to Essex in 1975. While there, he received education at Billericay School, where he fell victim to bullying. Lee loved to box and briefly worked as a boxer. He enrolled at Thurrock Art College for two years, after which he dropped out to follow in his father’s career as an entertainer. He moved to Scarborough, North Yorkshire and later joined the punk rock band, The Forgotten Five as a drummer.


Career As A Stand-up Comedian

Evans Lee adopted an energetic stage performance coupled with physical observational comedy, gaining him fame in the 1990s. Though compared with Sir Norman Wisdom, Lee has noted that Wisdom does not influence his work. He employed the dysfunctional character, Malcolm, to portray unusual characters in the early days of his career. His work at the Edinburgh Festival won him the Perrier Comedy Award in 1993. lee became very popular with time, setting a new world record for a solo act performing to the biggest comedy audience in November 2005. He performed to 10,108 audiences at the Manchester Arena.

Lee embarked on the “Big” in the UK in 2008, with a performance at the O2 Arena in London. The performance at O2 Arena was later released on DVD, and with about 1,000,000 copies sold became the best selling comedy DVD in the UK for Christmas 2008. His most popular tour was the “Roadrunner” tour in 2011, selling £7,000,000 worth of tickets on the first day. The tours originally scheduled for 50 dates was extended to 67 dates on popular demand.

Evans Lee has also made appearances in films and television productions. His appearance in Funny Bones earned him the Best Actor at the Paris Film Festival. He followed it with films like The Medallion, “There’s Something About Mary”, The Ladies Man, among others. Lee starred in Channel 4 series, The World of Lee Evans (1995). Before that role, he had appeared as a host and a guest performer in the Channel 4 late-night show Viva Cabaret(1993-94).  He co-wrote 8 episodes and starred in the sitcom “So What Now?” for the BBC in 2001.

Lee formed the production company, Little Mo Films to produce his stand up DVDs. He named it after his daughter Little Mo as he affectionately called her.

Lee starred in “Freeze Frame” his first non-comic role, playing a paranoid murder suspect. He provided the voice for Zippo in the 2002 TV miniseries, Dinotopia. He starred in the play Barking in Essex at Wyndham’s Theatre, London. From 2004 to 2005 he appeared in Samuel Becket’s Endgame, following it with a role in“MouseHunt” starring Nathan Lane. His next role was Leo Bloom in “The Producers” with Nathan Lane. Evans appeared as Malcolm Taylor in “Planet of the Dead” and as a Welsh scientist in Doctor Who Easter special (2009). Lee performed alongside Jack Whitehall in the play “Whither Would You Go?” in London and in the 50th-anniversary production of “The Dumb Waiter.”In 2007, he starred in a television adaption of the book “The History of Mr. Polly”.

In 1984 Lee married Heather Nudds. They have a daughter called Mollier.