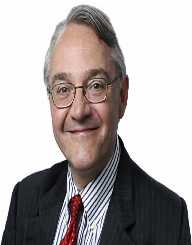 Alfred Mossman Landon was born on September 9, 1887, in West Middlesex, Pennsylvania. When he was still a child, the family moved to Marietta, Ohio, but when Landon was 17, they moved to Kansas. Landon attended the University of Kansas and graduated in 1908.

Landon wanted to pursue a career in banking and did that for three years. However, in 1912, he went into independent petroleum producing business in Independence, Kansas. When the World War I started, Landon enrolled in the army and served as a lieutenant in chemical warfare.

Thanks to the growth of oil industry, Alf Landon was a millionaire by 1929. He was one of the most important people who established the Kansas-Oklahoma division of the United States Oil and Gas Association. Besides his work in the oil industry, Landon began to be increasingly involved in politics. In 1912, he supported Theodore Roosevelt’s’ party. In 1922, he became the secretary of the governor of Kansas. In 1928, Landon became the chairman of the Republican state central committee by popular vote and directed the Republican presidential and gubernatorial campaigns in Kansas.

In 1932, Alf Landon became the governor of Kansas and was again re-elected in 1934. He was greatly respected as the governor and during his tenure, reduced the taxes and balanced the budget. Landon also addressed the needs of the state after Depression and continued to advance the Republican Party.

In 1936, Alf Landon was in the run for the Republican presidential nomination opposing Franklin D. Roosevelt. At the 1936 Republican National Convention, Landon won the nomination in the first ballot. As his running mate, Landon chose Frank Knox. Landon was not an active campaigner and rarely traveled. He made no public appearances in the first two months after his nomination. Also, most of the criticism towards Roosevelt came from his campaign members, not Landon himself.

During the election, Landon got more than 17 million votes and was endorsed by stars like Jesse Owens. However, he lost the popular vote by more than 10 million votes and even lost his home state Kansas. Landon got only eight electoral votes, whereas Roosevelt got 523. During the election, the state of Kansas rejected Landon as its governor and elected Walter A. Huxman in his place.

After his defeat, Alf Landon returned to his oil business and never sought an elected office position again. However, he remained active in politics. After the Republican party lost the 1932 and 1936 elections, there was a lot of internal problems. Landon played a significant role in ending the bickering within the party and helped to prepare a new group of leaders for the 1940 campaign.

After the beginning of the war in Europe, Landon was active in fighting against isolationists who supported America’s neutrality. However, in 1941 he joined isolationists and argued against lend-lease. He was later a supporter of the Marshall Plan and advocated the recognition of Mao Zedong’s communist government. In 1961, Landon was an advocate for the United States to join the European Common Market. In 1966, he began lecturing at Kansas State University, and continued to lecture with a series of public issues titled “New Challenges in International Relations.”